Brazil will only pick Tite successor in January 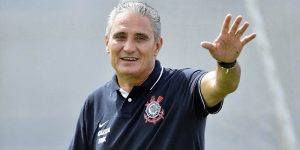 Brazil will only choose the next coach of their national team in January, the Brazilian Football Confederation (CBF) said Thursday, denying rumors of talks with the likes of Pep Guardiola to replace outgoing boss Tite.

Tite, who has coached the “Selecao” since 2016, has announced he will leave the post after the World Cup, leading to a flurry of speculation in Brazil on who could be next.

But the CBF “is 100-percent focused on winning a sixth World Cup under Tite’s command,” it said in a statement.

CBF president Ednaldo Rodrigues, who took office in March, “has never spoken with any football director about the coaching job after the World Cup,” it said.

“Any news to the contrary is a lie,” Rodrigues said in the statement.

“That issue will only be addressed in January.”

The statement came after rumors this week that ex-national team coach Mano Menezes (2010-2012), currently at Brazilian league runners-up Internacional, could return to the job.

Other names floated include Dorival Junior, of Copa Libertadores champs Flamengo, and Manchester City boss Guardiola — though the latter would reportedly demand too high a price for the CBF.

Tite, 61, surprised the football world in February with the announcement he would leave the job after Qatar.

He has posted an impressive record since taking over from Dunga in 2016: 57 wins, 14 draws and five losses, winning the 2019 Copa America on home soil.

His Brazil side crashed out of the 2018 World Cup in the quarter-finals, losing to Belgium.

But they head to Qatar as favourites after an undefeated qualifying campaign.