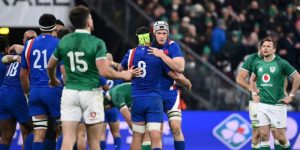 City’s quest to win the Champions League resumes this week with a homecoming for three of their most consistent players this season in a trip to Sporting Lisbon.

Joao Cancelo, Ruben Dias and Bernardo Silva all began their careers on the other side of the Lisbon divide with Benfica before following the familiar path abroad for the best Portuguese talent.

Cancelo made just one Portuguese league appearance before the first step on a journey that at 27 has already taken him to Spain, Italy and England when he moved to Valencia in 2014.

But he looks set to play his prime years in Manchester after extending his City contract to 2027 earlier this month.

The fact City were willing to extend his deal that still had three years left to run is indicative of how crucial Cancelo has become for Pep Guardiola’s men after a difficult start to his time at the Etihad.

Signed for £60 million ($81 million) — a world record fee for a full-back — from Juventus in 2019, Cancelo struggled to beat out Kyle Walker for a place as Guardiola’s preferred right-back.

Instead, his ability to play off both feet has allowed him to solve City’s issues at left-back.

“He can use both legs perfectly,” said Guardiola. “When one player arrives from another culture, he needs time to adapt, even myself needed time. The way we wanted to play, he needed time.

“Since he arrived he played good but he has one huge quality – he loves playing football. When you find a player like that…you have a diamond in your hands.”

City look well set to win a fourth Premier League title in five years and second in Cancelo’s three seasons at the club.

But the Champions League has continued to prove elusive despite the billions poured in by the club’s Abu Dhabi owners over the past decade.

Last season was the closest they have come. City reached the final for the first time in their history, but Cancelo was surprisingly left out of Guardiola’s starting line-up in a 1-0 defeat to Chelsea.

That is now unthinkable as he has become one of the English champions’ most pivotal players among a star-studded squad.

“Joao was our best winger,” said Guardiola after last week’s 2-0 win over Brentford. “To dribble past three (players) and shoot, our wingers couldn’t do it. He’s in incredibly top form.”

Even an ugly off-field incident in December when he suffered facial injuries during a burglary at his home has not disrupted his form or desire to set down roots in Manchester after three moves in two years took him from Valencia to Inter Milan, Juventus and City between 2017 and 2019.

“There is nowhere better to play football and it’s a pleasure to work here,” said Cancelo after extending his deal.

“I have so much I want to achieve before my career ends, and Manchester City offers me the best chance of fulfilling my ambitions.”

The major ambition for all connected to City is conquering Europe.

The road to back to the final in St Petersburg on May 28 starts in Lisbon on Tuesday.