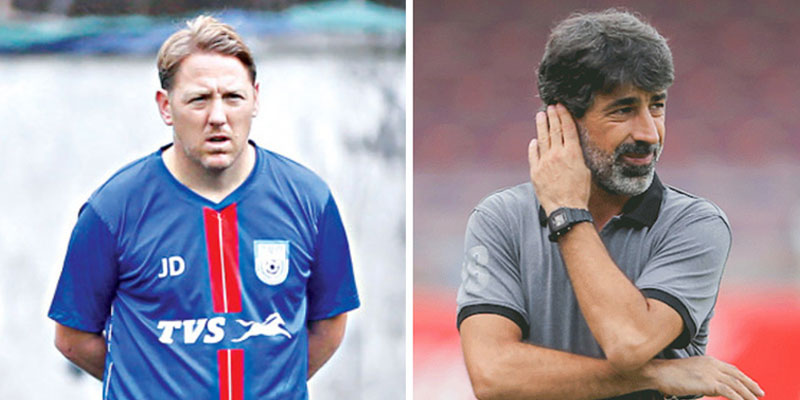 The demand to replace Bangladesh national team head coach Jamie Day had been growing stronger and stronger and following a meeting of the National Teams Committee (NTC) today, Bashundhara Kings coach Oscar Bruzon has been appointed to replace Jamie.

Jamie, who had been appointed in 2018, has not been sacked but relieved of his duty for the next two months. He still has one year to go on his current contract.

For all latest news, follow The Daily Star’s Google News channel.
Bruzon will oversee the national team as it embarks on the SAFF Championship journey, slated to begin from October 1.

Bruzon who had been working with Bashundhara since 2018, has previously worked with Mumbai FC in India and New Radiant at Maldives. He also had coaching experience in Spain, having worked with Celta Vigo youth team and also being in charge of Mallorca as an assistant coach.

Board higherups during the NTC meeting said that Bruzon’s experience of working with footballers in various countries and his overall experience was crucial to BFF appointing him as the new national team head coach. Bruzon’s tenure will see him take charge on an interim basis where he will be in charge of the national team for three events in the next two months. Along with the SAFF Championship, Bruzon will oversee proceedings for the AFC U-23 Asian Cup qualifiers, slated to take place between Oct 22 till 30th before also being in charge for a four-nation tournament in Sri Lanka in November.