Ansu Fati is Barcelona’s new No.10 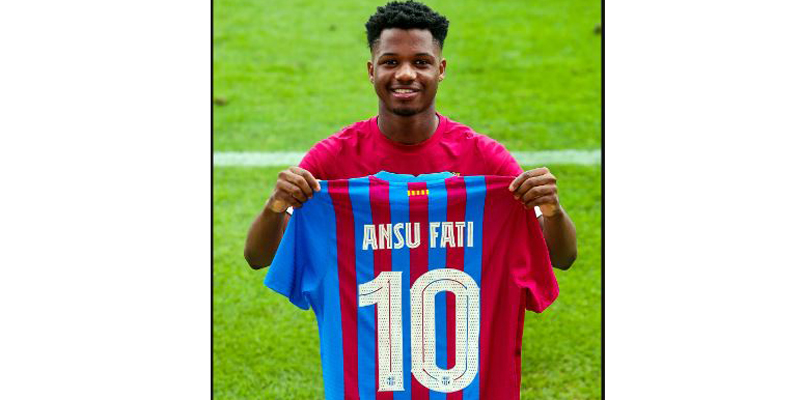 Barcelona have announced that Ansu Fati will become the first player to wear the No.10 shirt in the post-Lionel Messi era.

The Catalan club went to the 18-year-old and asked him if he wanted to accept the responsibility, and he said yes

Initially it was thought that Philippe Coutinho would wear the No.10 shirt once it became clear that he was going to stay at Barcelona, but the Brazilian playmaker was not very keen on the idea.

Ultimately, there were not many other candidates and it was decided that Ansu Fati should wear it.

Ansu Fati is now looking to make his return to action after not featuring for Barcelona since last November due to complications with a knee injury, which has seen him have to undergo four surgeries.

In terms of the other number changes, Ousmane Dembele is the new No.11, Yusuf Demir has taken the Frenchman’s No.11 and new signing Luuk de Jong takes the No.17 shirt.