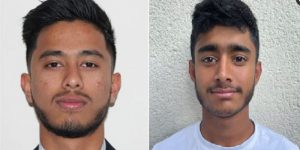 The national football team today completed first training session at Sports City Field ground from 10 am to 1 pm. All players are well and healthy, according to a message received here today from Bangladesh Football Federation.

Earlier, on Sunday last, the Bangladesh national football team had their first training session for the tri-nation cup tournament. However, head coach Jamie Day did not get Canadian expatriate Rahbar Wahed Khan and French expatriate Tahmid Islam on the team’s first day’s training and the practice began without the two footballers. Though the two expatriate footballers finally arrived in Kyrgyzstan on Sunday last night and joined the team’s training today.

The national football team will play three preparation matches against Palestine, Kyrgyzstan and the host U-23 team as a part of preparation ahead of the SAFF Championship.