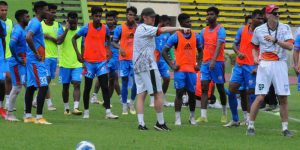 A 23-member of Bangladesh national football team will leave for Kyrgyzstan early Saturday (1.40 am) to take part in the Three-Nation Cup scheduled to be held from August 28 to September 10.