We respect every team in this group : Oscar Bruzon 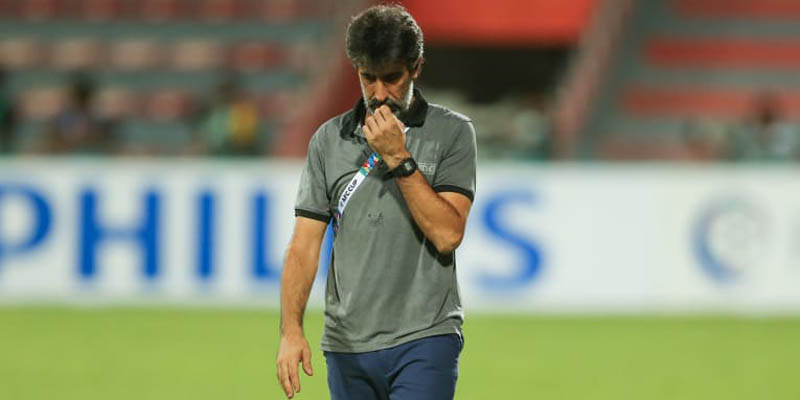 Bangladesh’s Bashundhara Kings will be aiming to make it two wins in a row when they take on JSW Bengaluru FC of India in Group D of the 2021 AFC Cup at the National Football Stadium on Saturday.

Bashundhara got off to a positive start after opening their campaign with a 2-0 victory over Maldives’ Maziya Sports R&C while Bengaluru suffered defeat with a similar scoreline against Indian rivals ATK Mohun Bagan on Wednesday.

Victory for Bashundhara will take them a step closer to reaching the knockout stage while Bengaluru must win to stay in contention.

Bashundhara Kings, making their second appearance in the AFC Cup, have never faced Bengaluru before but head coach Óscar Bruzón said his team will be prepared to contain their opponents.

“This year we are placed in a tough group with quality sides and it’s going to be challenging,” said Bruzón. “We respect every team in this group and we understand that Bengaluru need to win and we will try our best to manage the intensity with hope that our plan will work in our favour.

“We are comfortable with the conditions here in Male. The 4pm (local time) kick-off doesn’t affect us in any way because the conditions are similar in Bangladesh and we think that this advantage can work in our favour.”

Bashundhara’s style of play has drawn admiration but Bruzón is not getting carried away by flattery, insisting that his side will be focused on victory.

“We feel that Bengaluru are going to play an open game tomorrow with a high pressing defensive line to counter our style. It’s not how we are going to start but we know it’s going to be a very long 90 minutes of football. We will need to manage our emotions, frustrate them into making mistakes to win the game.

“One should not underestimate Bengaluru. They are very dangerous – especially with the likes of Sunil Chhetri, Cleiton Silva, Suresh Singh Wangjam and two strong centre-backs. However, I feel they are not 100 percent in terms of performance levels and that uncertainty in midfield is why they lost to ATK Mohun Bagan.”

“As I’ve said before, I see the glass half full and football is all about mentality,” said Pezzaiuoli. “And we’re strong in that aspect which is why we have prepared well and are fit to take on our next opponent. It really doesn’t matter what time we’re playing as both teams will be facing similar humid situations.

“We probably will need to handle this better (our performance), maybe change the tactics looking at how we played in the last two games with little chances created despite plenty of possession. This is important because we will be up against a formidable Bangladesh side, who scored 55 goals in their domestic league and conceded only nine.”

“Bashundhara won their first game 2-0 and have a strong defence but can be dangerous especially between transitions. They’re a very organised side and we cannot afford to give them space to score goals.

“There is no pressure on us. We will go into the match and enjoy the game. Every team in this tournament wants to be number one in the group stage. We want to win but Bashundhara will also be highly motivated.

“In football we have to be motivated, whether against ATK Mohun Bagan, Bashundhara or any other team. There’s no compromise, we are focused and ready to perform tomorrow.”