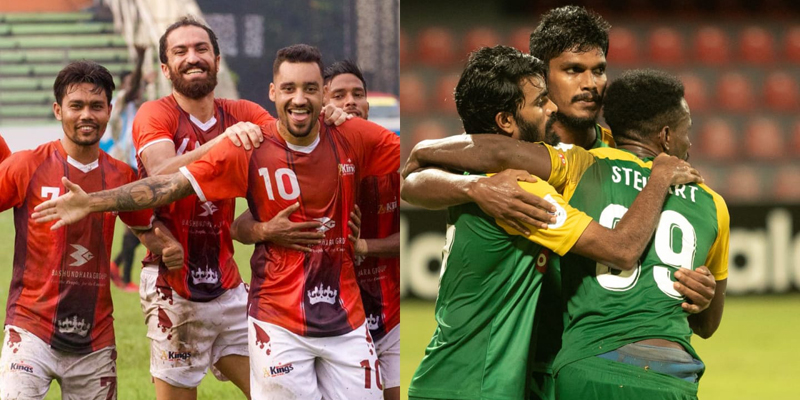 Bangladesh’s Bashundhara Kings and Maziya Sports & Recreation of Maldives will be looking to open their 2021 AFC Cup Group D campaigns on a winning note when the teams clash on Wednesday.

This will mark the teams’ first encounter in the tournament, after having initially been slated to compete in last year’s AFC Cup before it was cancelled due to the COVID-19 pandemic.

Bashundhara Kings are coming into the AFC Cup having cruised to the Bangladesh Premier League title with several matches to spare.

Led by Oscar Brunzon, who has navigated the team to multiple successes domestically, Bashundhara Kings will also be looking at their head coach to provide inside knowledge on Maziya after having been in charge of New Radiant in 2017.

“Firstly, it’s my pleasure coming back, it is like my second home,” said Brunzon in the pre-match press conference on Tuesday.

“You might feel that the Indian teams have the advantage with three weeks of preparation and are very fresh, or think that Maziya have the home advantage, or we have the advantage as the team coming in at the end of our season, but we also have injuries, and it’s tough. So I don’t think any team has any advantage and (the competition) is balanced.

“I know Maziya from my time here. They were our main rivals for all our domestic titles and have set up a good team with top players, and the main point is their coach, Risto Vidakovic. I’ve known him a long time. He has experience in the AFC Cup, and was doing really good with Ceres Negros (now United City FC). On the pitch, we always want to be the best team, and tomorrow we have the opportunity to demonstrate it.”

With a high level of consistency coming into the AFC Cup, Brunzon expects his team to hit the ground running at the National Football Stadium.

“The season has been unbelievably long, where we started our pre-season back in August 2020, playing in three different competitions. There were a lot of stops due to COVID-19 and national team commitments this year, but you can see that our results have been solid throughout the year.

“We are reaching an excellent point in form and confidence, and we feel that we are not behind any team in this competition, but we will only know the real strength of every team after the first match tomorrow.”

Maziya, meanwhile, are aiming to reach the AFC Cup knockout stage for the first time in their sixth appearance in the tournament, having missed out on advancing to Bengaluru FC in 2017.

“We’ve prepared very well because we need to be ready to play any style, whether it’s defensively or attack,” said Vidakovic with Maziya having just completed a three-week training camp in Saudi Arabia.

“We did everything in Saudi Arabia, playing against tough teams there and had some good performances, but those were friendly games. The competition in the AFC Cup is different, with different motivations and pressure.

“We had a good pre-season but we didn’t have competitive games, and tomorrow’s match will be our first competitive match in three months. However, I’m sure that my team will give a 100 percent tomorrow.”