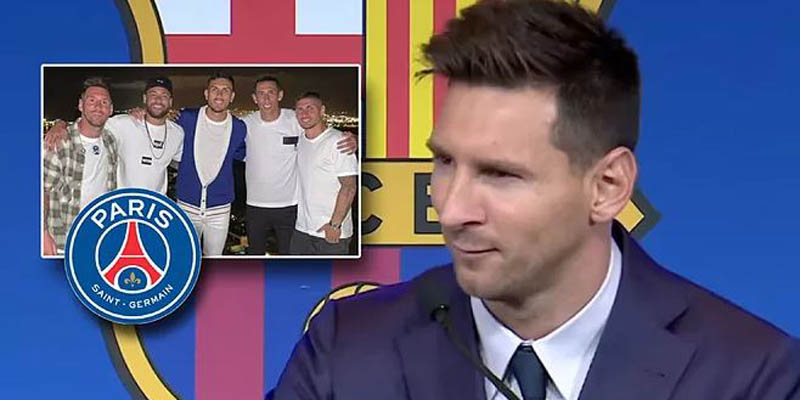 Leonel Messi was asked at his farewell press conference about his future after having said goodbye to Barcelona.

When questioned about a possible move to Paris Saint-Germain, the Argentine admitted that it was an option.

“It is a possibility,” Messi said.

“PSG is a possibility. At this time I have nothing agreed with anyone.

“When the statement came out, I had many calls. There are several interested clubs.

“I have nothing agreed, but we are talking.”

Asked if the photo he took with PSG players in Ibiza was an indication of his next move, Messi cleared up the incident.

“It’s nonsense. We got together the day before I left. We arranged to go to Ney’s house for a barbecue. The photo is from that moment,” he said.