I never expected to leave Barcelona 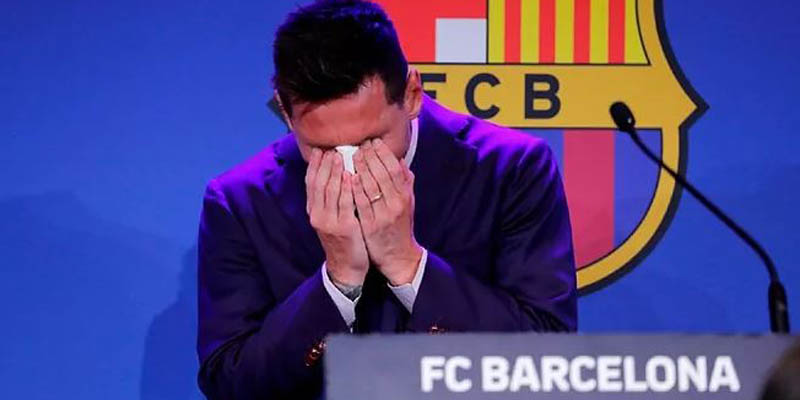 Leonel Messi bid an emotional farewell to Barcelona on Sunday during a live press conference from the Camp Nou.

The Argentine spoke before the press, his family, his teammates and friends, where he confirmed that his time with Barcelona was up.

The legendary forward leaves the club after 21 years with the club and 17 seasons in the top flight. Messi could not contain his tears as he entered the press room, struggling to find any words to sum up the situation initially, before finally being able to utter his sentiments about the overall situation.

“It is the most difficult moment of my sporting career,” he said. “When they told me, I blocked it out. It was like a jug of cold water. I have had hard and difficult moments, but this… I feel very sad, I did not expect it.

“I was always up front. I feel sad. I’m still taking it in. I did everything I could to stay. I reduced my salary by half. I wanted to stay.

“Last year I had decided to leave, but not this one. And no one asked me for anything else. It wasn’t possible. It was all agreed, but because of the LaLiga issue, it was not done.

“The club has a very big debt and does not want to go into even more debt. “I heard many things that are not true. I wanted to continue. It was all agreed.”

While Messi stated that he had not agreed anything with any other club, he did clarify that he was eager to continue adding trophies to his already long list of achievements.

When asked about a move to Paris Saint-Germain, Messi admitted that it was an option. “It’s a possibility. When everything was revealed, I received many calls,” he said.

The Argentine praised former teammate Dani Alves on winning gold at the Olympics with Brazil on Saturday, his 43rd title in his career, and mentioned that he wanted to take inspiration from him and win as much as he could before retiring.

Messi was accompanied by his wife, his three children, the entire first team led by coach Ronald Koeman, and former players Xavi Hernandez and Carles Puyol.

After the press conference, at a private event, Messi posed with the 35 titles he won with the first team and was applauded by his colleagues and friends.