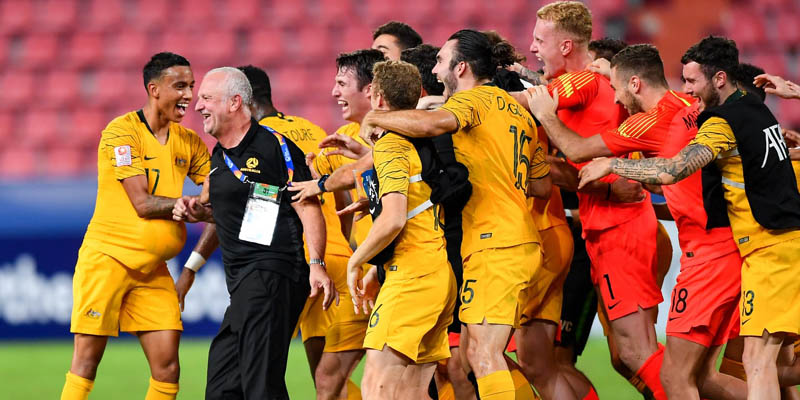 The Olyroos have pulled off a surprise upset over two-time Olympic gold medallists Argentina with a 2-0 win at the Tokyo 2020 Games. It was a trifecta of celebrations for football fans in Australia.

After being announced 2032 Olympic hosts and the Matildas winning their opening group match against New Zealand on Wednesday night, the Australian men’s team put the cherry on top in a 2-0 win over Argentina at Sapporo Dome.

The opening goal came through Lachlan Wales in the first half before Marco Tilio doubled the lead moments after coming off the bench late into the match to secure a mammoth three points.

“Tonight, we shocked the world, and hopefully, we can keep shocking the world as we move on through the tournament,” he added.

It had been 4,726 days since Australia last made an appearance in the men’s football tournament at the Olympic Games in the group stages at Beijing 2008. And they were dealt the tough task of facing two-time Olympic gold medallists Argentina in their opening match.

In the build-up to the match, coach Graham Arnold, who played at the Seoul 1988 Games, said the Olyroos were ready to “shock the world”.

“I expect these boys to do something special,” Arnold told reporters on Tuesday. And that’s precisely what they did.
The Olyroos opened the scoring in the 14th minute after a free-kick found Joel King in space on the left before he picked out Wales in the box for the opening goal.

After a fast and aggressive start, Australia’s goal seemed to put them at ease as they turned their focus on containing Argentina’s waves of attack. While the South Americans had their chances throughout the first half, nothing came to fruition thanks to the Olyroos’ solid defensive efforts.

Australia nearly doubled their lead once again through a King-Wales combination, as the duo’s effort thundered off the crossbar.

As half-time approached, Argentina was dealt a blow with Francisco Ortega shown a second yellow card after an off-the-ball incident.

Argentina turned up the pressure in the second half in search of the all-important equaliser but to no avail.

The Olyroos soon put the game beyond doubt when the 19-year-old Tilio, one of the team’s youngest members, scored a rocket from outside the box in the 80th minute, shortly after coming on as a substitute.

The win puts Australia at the top of Group C, where they will now take on Spain on Sunday, 25 July at Sapporo Dome. Spain was held to a goalless draw by Egypt in their opening match of the Tokyo 2020 football tournament.