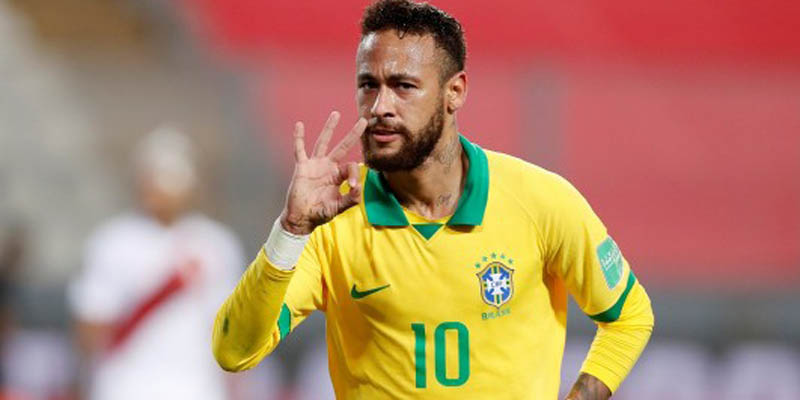 The Selecao made history by winning an Olympic gold medal on home soil during the Rio games in 2016 with their resident superstar Neymar producing a number of stellar performances.

Neymar had helped guide Brazil all the way to the final at London 2012, but the South American giants were forced to settle for a silver medal after losing 2-1to Mexico at Wembley Stadium.

As such, it was clear that Neymar was out to right the wrongs of four years earlier by inspiring Brazil to an iconic triumph that culminated in him scoring the winning penalty against Germany.

With Neymar and Max Meyer exchanging goals at the Maracana, the chance for Olympic gold all boiled down to a shootout in which Brazil triumphed 5-4 courtesy of Nils Petersen’s miss.

However, Neymar was already making Olympic history before he rippled the net and secured the gold medal because he helped Brazil to make a lightning start during the semi-finals.

Brazil locked horns with a Honduras team that had caused a few surprises throughout the tournament, but ultimately made for easy pickings against the five-time world champions.

With the likes of Marquinhos and Gabriel Jesus also rubbing shoulders with Neymar, the Selecao ultimately ran out comfortable 6-0 winners and their fate was pretty clear from the start.

And we say that because Brazil couldn’t have flown out of the blocks any quicker because they actually took the lead within just 14 seconds, which was the fastest goal in Olympics history.

Profiting from a mix-up at the back from Honduras, the then Barcelona star was able to pounce and bobbled the ball into the net despite having been wiped out by the goalkeeper along the way.

And while Neymar was clearly on the receiving end of some serious impact, duly getting physio treatment, he was rewarded for his efforts with a record-breaking goal that you can check out here:

To Neymar’s credit, you can’t fault him for always giving his all for Brazil and what he’s managed to achieve for his nation at just 29 years old is nothing short of staggering.

Not only has he helped to inspire Brazil to Confederations Cup and Olympic glory, but he is also on course to dethrone the legendary Pele as his nation’s greatest ever goalscorer.