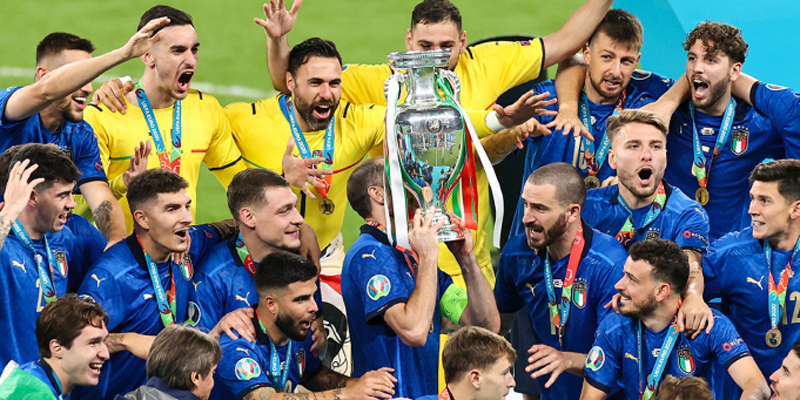 Italy’s dramatic win on penalties over England in the Euro 2020 final on Sunday night attracted one of the biggest viewing figures ever seen in the U.K.

According to BARB ratings figures, supplied by overnights.tv, the match hit an audience peak of 31 million, combining those watching on public broadcaster BBC (25 million) and ITV (6 million). The data includes overnight TV audience figures, but not online viewing data, which will surely be higher.

Last year, Boris Johnson’s coronavirus address in March, as he announced the first lockdown in the U.K., was watched by an audience of 28 million.
The BBC coverage averaged 17.8 million viewers, while ITV reached 4 million viewers on average.

The tense and hard-fought Sunday night soccer showdown saw England score an early goal after just two minutes. But Italy equalized in the second half, taking the game to extra time and, with the deadlock still not broken, it went to penalties. Although England’s goalkeeper Jordan Pickford saved two Italian penalties, Marcus Rashford hit the post for England, and then Jadon Sancho and Bukayo Saka had their spot-kicks saved.

The English men’s team hasn’t reached the final game of a major soccer tournament since winning the World Cup in 1966. The English national team’s semifinal on Tuesday against Denmark had averaged 23.9 million viewers on ITV.