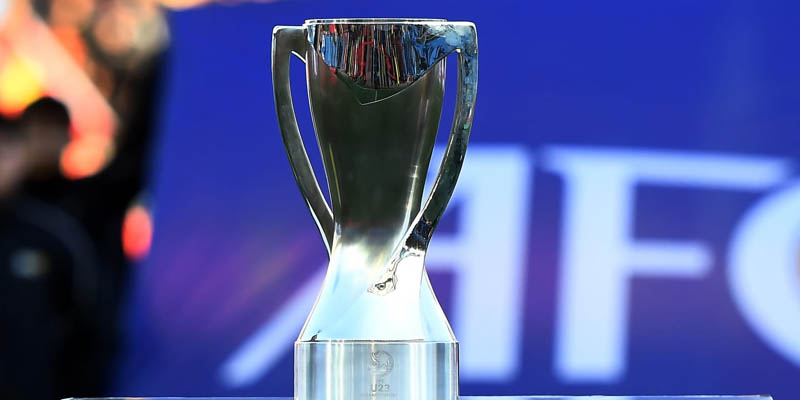 Asia’s rising stars discovered their opponents following the conclusion of the AFC U23 Asian Cup Uzbekistan 2022 Qualifiers Draw in Tashkent on Friday.

The 42 teams were drawn into 11 groups with 15 spots available at the AFC U23 Asian Cup 2022 with Uzbekistan having already confirmed their place as hosts, the first time the tournament will be staged in the Central Zone.

The Qualifiers are scheduled for October 23 to 31, 2021 with the 11 group winners and four best second-placed teams sealing their qualification to the Finals. 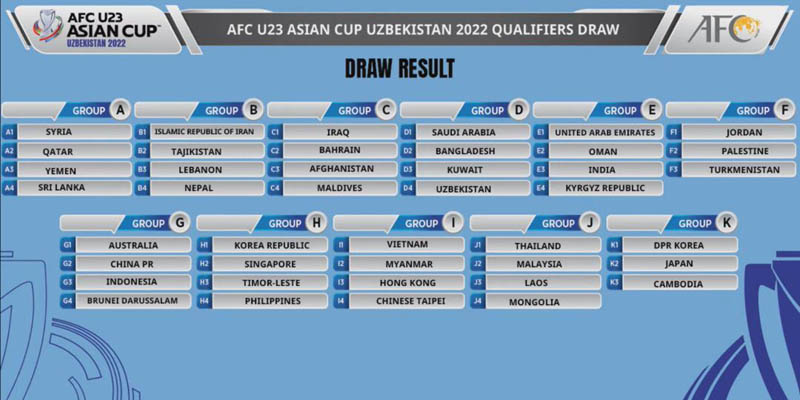 Group A consists of Syria, hosts Qatar, Yemen and Sri Lanka, while Islamic Republic of Iran, hosts Tajikistan, Lebanon and Nepal will contest Group B.

Iraq, the 2013 champions, headline Group C which will be hosted by Bahrain with Afghanistan and Maldives also contesting.

Saudi Arabia, runners-up in 2013 and 2020, will play in Group D with Bangladesh, hosts Kuwait and Uzbekistan, who will be participating in a friendly capacity with their results not included in the standings.

United Arab Emirates will host Group E with Oman, India and Kyrgyz Republic challenging them for the sole automatic spot available to the Finals while hosts Jordan have Palestine and Turkmenistan for company in Group F.

Australia, who finished third in the 2020 AFC U23 Asian Cup, were drawn in Group G with China PR, hosts Indonesia and Brunei Darussalam.

Korea Republic, the winners of the 2020 edition, will face ASEAN opposition in hosts Singapore, Timor-Leste and Philippines in Group H while 2018 runners-up Vietnam are with Myanmar, Hong Kong and hosts Chinese Taipei in Group I.

Mongolia will host ASEAN sides Thailand, Malaysia and Laos in Group J while DPR Korea, 2016 champions Japan and Cambodia are in Group K, with the hosts to be named in due course.