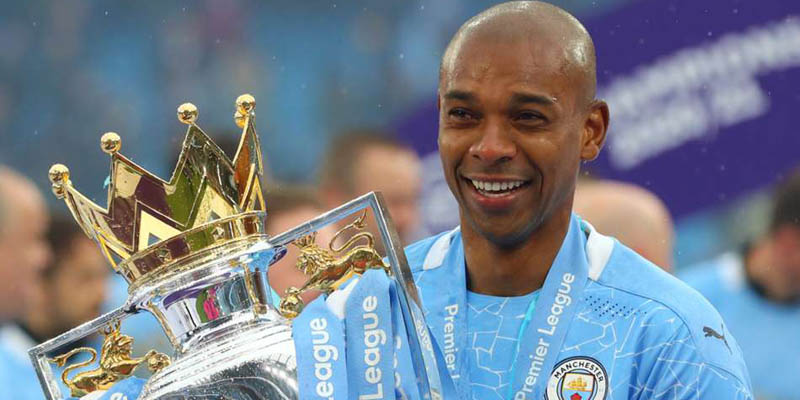 Manchester City captain Fernandinho has signed a new one-year contract. The Brazilian, 36, joined City from Shakhtar Donetsk in 2013 and has gone on to win four Premier League titles and six EFL Cups at Etihad Stadium.

He was also part of the City side beaten in the Champions League final by Chelsea in May. “In my head and my mind, the job is not done yet,” said the midfielder, whose previous deal was due to expire on Wednesday.

“And so that’s why I decided to stay here another year and try to help the team and the club to achieve the goals that they’re looking for.”

Fernandinho has made 350 appearances for the club since his arrival eight years ago, scoring 24 goals.

The midfielder, who can also play in defence, was appointed captain in September 2020 after the departure of David Silva to Real Sociedad.

He lifted his first trophy as skipper in April when City beat Tottenham to win a fourth successive EFL Cup. The month after he lifted the Premier League trophy as the club secured their third title in four seasons.

“He is an outstanding footballer – one of the best in the world in his position – and an exemplary professional.

“He is our captain, our leader and it is a position he has excelled in. There are a number of talented young players in our squad and, therefore, it is vital we have somebody with Fernandinho’s knowledge and experience.”