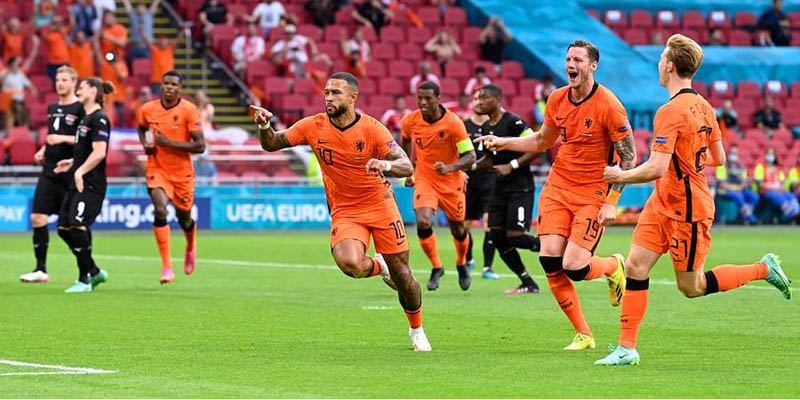 The Netherlands are now sure to go through to the round of 16 after their 2-0 win over Austria in Amsterdam. ‘It’s a perfect scenario, winning the group with one match to go,’ midfielder Frenkie de Jong said after the game. ‘The pressure is off for the last match, even though we still want to win it.’

Matthijs de Ligt, whose performance in defence was described by the Uefa reporter as ‘immense’ said it was a match in which Oranje did not create too much but were in control. ‘It wasn’t easy, but you don’t expect that at a tournament like this,’ he said. ‘There’s more confidence in the team, in the way we play. I feel that everyone has that inner fire to fight for each other.’

The last group match is on Sunday against North Macedonia, after which the Dutch will head for Budapest where they will meet the number 3 from Group D, E or F. Match report and highlights Despite the ban on street football parties, large crowds gathered in several cities after the match to celebrate, broadcaster NOS reported. In Apeldoorn, The Hague and Enschede hundreds of people took to the streets, and the police were brought in to restore order.