Italy Get Euro 2020 Off To Flying Start 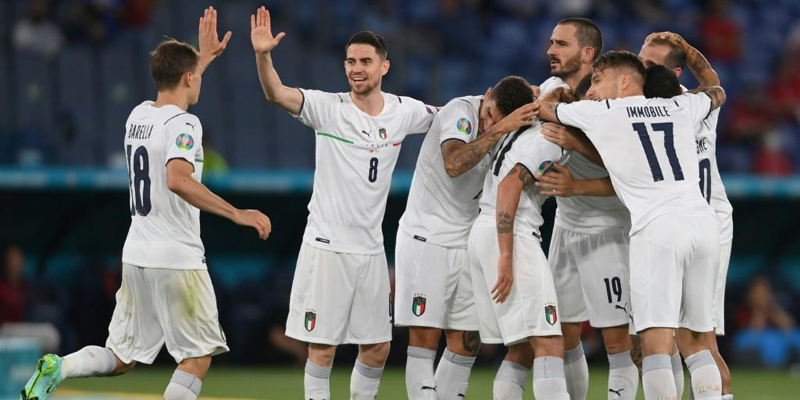 Wales and the world’s top-ranked team Belgium begin their Euro 2020 bids on Saturday after the delayed tournament finally kicked off with victory for an impressive Italy side on an emotional night in Rome.

After a year of football played largely in empty stadiums due to the Covid-19 pandemic, the Stadio Olimpico was filled to a quarter of its capacity for the opening game of the European Championship and the home fans in the crowd of 16,000 were treated to a 3-0 win for Italy against Turkey.

Roberto Mancini’s side came into the tournament on a 27-game unbeaten run and laid down a marker with a comprehensive victory, Ciro Immobile and Lorenzo Insigne scoring after Merih Demiral’s own goal had put them in front.

The result capped an emotional night in the Italian capital as a spectacular sound and light show preceded kick-off and tenor Andrea Bocelli performed ‘Nessun Dorma’, popularised during the 1990 World Cup held in Italy.

“It was a beautiful evening, I hope there are many more to come,” said Mancini after the Group A curtain-raiser.

“To win 3-0, and with the supporters in the stadium again at last, makes it all the more special.”

Rome is one of 11 cities across the continent hosting matches, the unprecedented pan-European format creating major headaches for UEFA during a pandemic.