Bangladesh will aim to claim their first win 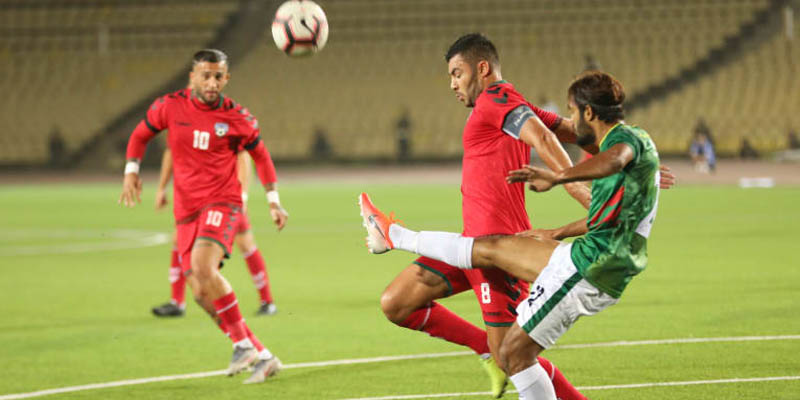 Bangladesh will aim to claim their first win of their qualifying campaign when they face Afghanistan at the Jassim bin Hamad Stadium in Doha.

Afghanistan, however, will be boosted by the 1-0 victory they achieved in the teams’ first meeting in September 2019, with Farshad Noor scoring the winner.

Bangladesh were in Asian Qualifiers action last December, suffering a 5-0 defeat to Qatar while Jamie Day’s side were also beaten by hosts Nepal in the final of the Three Nations Cup in March.

Despite having already being eliminated from FIFA World Cup qualification following a draw and four defeats, their AFC Asian Cup China 2023 hopes haven’t been extinguished and Bangladesh will be powered by Finnish-born Bashundhara Kings defender Tariq Kazi as well as Denmark-born former Mohammedan SC star Jamal Bhuyan, who will lead the squad.

Afghanistan, who are just one point ahead of India, will be aiming to add another three against a Bangladesh side they have already beaten in the Asian Qualifiers.

Anoush Dastgir will rely on his Europe-based players to navigate through the remaining qualifying matches with Oman and India next on the horizon.

Afghanistan will head into their tie against Bangladesh having defeated Indonesia 3-2 in a friendly before playing to a 1-1 draw with Singapore.