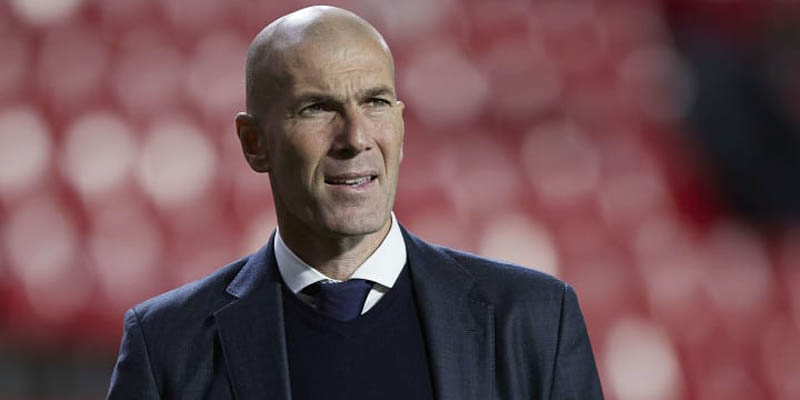 ZINEDINE ZIDANE refused to discuss his Real Madrid future after they were dethroned as La Liga champions by neighbours Atletico despite a stirring fightback in a 2-1 win over Villarreal.

Real had to settle for second even after coming from behind to defeat Villarreal in their final game of the season as Atletico did exactly the same at Real Valladolid to preserve their two-point lead at the top of the table.

While Diego Simeone was revelling in Atletico’s first title triumph in seven years, Zidane was batting away questions about whether he will be in charge at Real next season after failing to win a trophy in this campaign.

“I’m not the most important thing here, it’s all about what the players have done all season,” the Frenchman said at his post-match press conference.

“That’s why we should focus on what we’ve done during the season and then, in time, taking it calmly, we’ll see what happens. I’ll speak to the club in relaxed fashion, but later on, not right now.

“In the next few days we’ll speak to the club, to the people we need to speak to and that’s all there is to it. We’ll soon see what happens, but not just with me, with Real Madrid as a whole for next season.

“Today is a day to congratulate my players. We gave it all we had on the pitch. We haven’t won anything and the players want to win. I’m responsible for all that.

“There are things that are up to me and we’re going to assess all of that. That’s why I want to congratulate the players but what they really want is to win things.”

The defending champions had to win their final match of the season and hope for a slip at the last by Atletico, who fell behind early on but rallied in the second half courtesy of goals from Angel Correa and Luis Suarez.

Atletico’s result meant what happened at the Estadio Alfredo Di Stefano was irrelevant in the context of the title race, but Real ended their campaign with a flourish as Karim Benzema and Luka Modric struck late on.

“We have to congratulate Atletico Madrid, they deserve it too, because ultimately, the team that finish first deserve to win it,” Zidane added.

“They’ve had a great season and that’s all there is to it. As manager here, it’s a tough one to take because we didn’t win the league.”