Barcelona prepared for ‘revolution’ in the summer transfer market 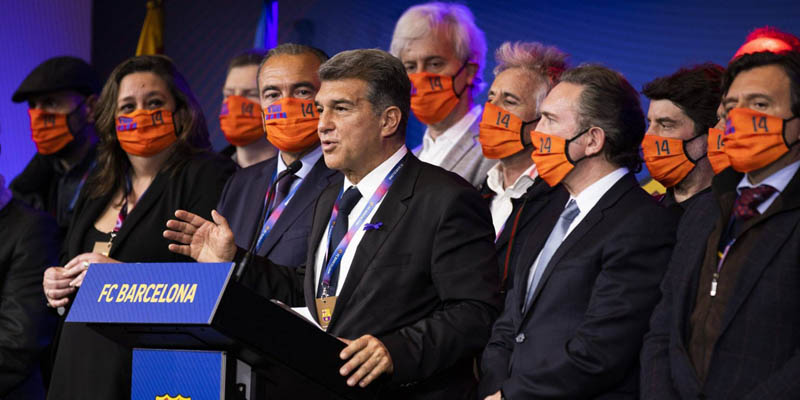 With the 2020-21 season drawing to a close, Barcelona now face the first transfer window under Joan Laporta’s second term as club president. A window that will perhaps be the most crucial one in recent history given the turmoil they have been in over the past few years.

Laporta came in at a challenging time, tasked with cleaning up the mess left by the incumbent Josep Maria Bartomeu and his board, leading to the worst financial crisis the club had seen in its 122-year history. A host of other challenges also accompany this. But the constraints of all of them are mostly economic.

The first step towards tackling these issues is to revamp the club’s structure, remodelling the financials of everyone from the staff to the players. This would also include making massive sales to alleviate the pressure on the wage bill and facilitate further moves. That is exactly what the club are set out to do, according to Mundo Deportivo.

The upcoming transfer window is supposedly going to bring about a revolution, as Barcelona will look to offload up to 14 players in the summer. The names of the expendables include Neto, Samuel Umtiti, Junior Firpo, Miralem Pjanic, Matheus, Martin Braithwaite and Philippe Coutinho.

Pjanic has already been subject to multiple rumours of a swap deal, while Coutinho’s largely failed transfer had numbered his days a while back as well. The rest of the reported names are all players who have failed to impress, have been signed without any concrete reason or have had injury issues.

Several other reports also state a few other names, such as Antoine Griezmann, Ousmane Dembele, Sergi Roberto and Francisco Trincao, who may be sold if a good offer arrives. The crucial decision regarding Lionel Messi’s continuity with Barcelona also looms large, aside from potential signings.

The ‘revolution’ will ensure that the coming window is an incredibly busy one for the Catalans.