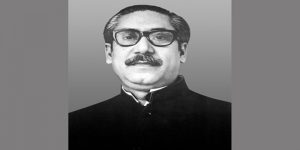 The Bangladesh Football Federation (BFF) has chalked out elaborate programmes tomorrow to observe the 101 birth anniversary of Father of the Nation Bangabandhu Sheikh Mujibur Rahman.

The day begins at Quran khwani at BFF Bhaban from 9.30 am, a doa mahfil will be held adjoining Jame mosque of BFF Bhaban after bad Zuhr and after doa and feast will be distributed among the poor people.

Later, the national footballers will cut the cake at Modhumoti Hall of Hotel Intercontinental at 4.30 pm in presence of BFF president Kazi Mohammad Salahuddin marking the anniversary.