BD-AFGHAN Match: BFF yet not receive any reply from AFC 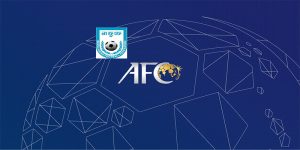 The Bangladesh Football Federation (BFF) has not yet received any reply from Asian Football Confederation (AFC) regarding to arrange the FIFA World Cup 2022 qualifiers match against Afghanistan which was earlier scheduled for March 25 in Sylhet.

“In the terms of the decision in the national teams committee’s meeting on Tuesday last we carried our decision to AFC on the same day quoting our national team’s committee that we still ready to play against Afghanistan and want to play the match in our home ground and requested the AFC to make it clear their directive to BFF soon but we have not yet receive any reply from AFC,” said BFF general secretary Abu Nayeem Shohag to the pressmen today.

So as parallel plan ‘B’ which was decided in the national teams committee’s meeting, we’ll now go to plan B and we’ll now take part in the Tri-National Tournament in Nepal. We have already announced the squad for the tournament in presence of national team’s head coach Jamie Day and national team’s committee’s officials. The national booters will report on Saturday (March 13) in the city’s local hotel for the residential training camp and they will have their practice at Bangabandhu National Stadium and if needs the booters can also use the Kamalapur Bir Shreshtha Shaheed Sepoy Mohammad Mostafa Kamal Stadium, Sohag said.

The BFF general secretary said the national football team are expected to fly for Nepal on March 18 via Biman Bangladesh Air Lines after the Biman Bangladesh confirmed BFF that the Bangladesh-Nepal flight will resume from mid March.

In the meantime, Nepal will finalise the fixture of the tournament in a day or two. The group stage will be held on 23, 25 and 27 and after the group stage where the three teams play each other, the best two teams will play in the final slated on March 29. All the matches will be held at Dasharath Rangasala Stadium in Kathmandu. The Nepal football Federation already confirmed BFF the accommodation for the booters, added the BFF general secretary.

Shohag said this time the booters will go to Nepal taking visa from Nepal Embassy in Dhaka and the BFF is expecting to complete all the visa procedure by Monday (March 15) and the booters will fly on the due date.