Tite: Neymar has become a bow and arrow 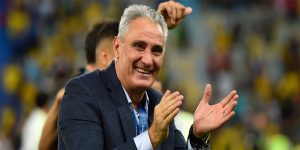 Tite discusses taking one year off to study coaching
He hails Neymar, Kevin De Bruyne and Roberto Mancini’s Italy
He explains why facing Argentina is much more than a World Cup qualifier

“Surviving for long in a country that has 200 million Seleção coaches is impossible,” summarised Luiz Felipe Scolari of what many deem the most demanding job in football.

Surviving under the scorching scrutiny of the gluttonous Brazil fans is, indeed, akin to surviving in the Lut Desert. Winning, to Brazilians, simply isn’t enough. You need to win with immeasurable swagger.

Mario Zagallo was A Seleção’s eighth coach in the five years leading up to Mexico 1970. Carlos Alberto Parreira was their fourth appointment in little over a year in 1991. Scolari became the fourth in nine months ten years later. Only one man in history – Flavio Costa, who was in charge between 1944 and ’50 – has spent over five years in the canary-yellow chair.

A man who is not only surviving, but thriving with the proverbial poisoned chalice in set to double that statistic. Tite has won 38 and lost just four of 52 matches. He’s unbeaten in his last 21 FIFA World Cup™ preliminaries, winning 16 of them.

The 59-year-old has masterminded Brazil’s best-ever start to a World Cup qualifying campaign, eclipsing the figures Junior, Socrates, Zico and Co set in 1981. And fundamentally in a land where, to many, futebol-arte is as paramount as three points, he’s keeping the insatiable satiated.

Tite took time out from his hectic schedule – he watches and analyses matches with the regularity other Brazilians drink coffee – to chat to FIFA.com about the upcoming clashes with Colombia and Argentina, Diego Maradona, Neymar, Philippe Coutinho and Alisson, his admiration of Roberto Mancini’s Italy and Kevin De Bruyne, and why he took a year out from coaching to study the beautiful game.

FIFA.com: Tite, four games, 12 points, 12 goals for, two against. How would you evaluate Brazil’s start to World Cup qualifying?

Tite: Every game, every phase has its own story. We have to look at the bigger picture. The pandemic took something away from us, affected the quality of football. Roughly speaking, the quality we showed in three of the games was above my expectations, and against Venezuela we struggled a lot. It’s a growth process. The points reflect the team’s performance, and our total impresses me.

Now you will face Colombia and Argentina, who are unbeaten since losing to Brazil at the Copa America and who boast talents like Dybala, Correa, Messi, Martinez and Aguero…

They are two very important games. The qualifying competition is so balanced. The two games against Colombia in the last qualifiers were, technically, the best two games we played in. Both teams sought to attack, sought to create, caused problems for the opposition. They were very even games. The two games were very difficult for us. The traditional derbies – Brazil-Argentina, Brazil-Uruguay – they have a really strong historic element. And Argentina have great individuals. For me, Brazil against Argentina, as well as being a World Cup qualifier, it’s another competition in itself.

Speaking of Argentina, Diego Maradona sadly passed away recently. What did you think of him?

Let me use the account of Careca, with whom I have a good relationship. Maradona’s technical ability, capacity to improvise, creativity… Careca always had to remain extremely attentive just to overcome the ‘difficulty’ and keep up with such an exceptional player. On the pitch, Maradona was extraordinary. 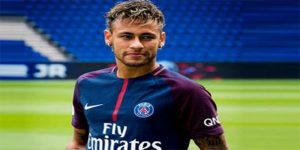 Speaking of great players, what do you think of Neymar?

Neymar has matured a lot. Before, when he was at Barcelona and in my early days with the Seleção, he was a player who would be out on the wing, would score goals, had pace, would dribble, do individual plays. Now he’s expanded the area in which he plays and, as well as being a goalscorer, he creates plays for others. He’s now what we call a ‘bow and arrow’ – he can set things up and finish things off. He’s increased his arsenal.

How important is Philippe Coutinho to the Seleção?

Since I took over, the Seleção has gone through phases. The most memorable phase was in the qualifiers for the 2018 World Cup. It was the best version of the Seleção. We created a lot of chances, scored a lot of goals, conceded only a few, were consistent. And we did it playing in a really beautiful way. Coutinho, in those qualifiers, was what I call an ‘external float’. First he was out on the right, given the freedom to create. Then when Renato [Augusto] got injured, he played in the centre in a role a little similar to the one he played for Liverpool. He was also good there. He’s gone through ups and downs, but he’s a great player and he’s in great form.

Do you think Alisson is the best goalkeeper in the world?

I think to be and to be at that moment are two different things. Is he in the best three in the world? I have absolutely no doubt, 100-per-cent conviction. To say he’s the best I’d have to really look closely at all the goalkeepers to compare. But I think over the last year he was the best. Was he better than Neuer? Yes. Better than Ter Stegen? Yes. Better than Oblak? Yes.

Aside from Brazil, who do you think is the best side in the world right now?

It’s difficult to say. After the pandemic, there hasn’t been much opportunity for teams to show what they can do. Brazil, Argentina, Colombia have had very little chances. The Europeans have played eight times, four more than us. Italy have come back playing, for me, football that’s much more beautiful to watch. Mancini has done a great job. He’s installed a school of football like Arrigo Sacchi. I think they have a greater balance between defensive play – characteristically, historically what they’re renowned for – and offensive play. Belgium still have this great generation. They’re a great team, have great individual talent, and one of the most talented players in the world in De Bruyne. France are very strong too.

Who do you think are the best three players in the world today?

I would say the three I voted for [The Best FIFA Men’s Player]. Neymar first, Lewandowski second, De Bruyne third. Before he got injured Neymar was, even by his own standards, in fantastic form. Lewandowski is an incredible striker. De Bruyne is capable of doing things that others can’t. His improvisation, his determination. I love watching him play.

Can you explain your decision at the end of 2013 to take a break from coaching for a year, travel the world and study football?

I’ve always studied football and wanted to expand my knowledge, my ideas. When I left Corinthians, it was the perfect opportunity to study other coaches and teams to a greater degree, first-hand. I’d won everything I could at club level – the Campeonato Brasileiro, the Libertadores, the Club World Cup, where we beat Chelsea. I thought the next step was the Seleção and I wanted to improve myself as a coach as best as I could. I read books on Simeone, Guardiola. I studied what Bianchi achieved at Boca Juniors and Cruyff achieved at Barcelona. Football is different all over the world, each place has different things you can learn. I went to meet up with Bianchi and hear his ideas, which were very insightful. I spent time at Arsenal. I spent time with Ancelotti at Real Madrid. I studied Manchester City, the English champions, Bayern Munich, the German champions. I sought to learn everything – the stuff behind the scenes, the training, the tactics and what happens on the pitch. Everything. I watched all the matches at the 2014 World Cup, took notes, broke them down. That period was very important for my career.

Which coach have you learned the most from?

Ancelotti. The way Simeone organises his teams is remarkable. Guardiola, his offensive tactics, ability to break teams down is really impressive. Bianchi has an incredible ability to get the best out of his players in big finals. Some of Cruyff’s tactical ideas were fantastic. But I without doubt learned the most from Ancelotti. He sees the game in a different and unique way.