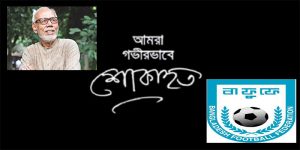 The silver screen actor breathed his last at his Sutrapur residence in the capital early today at the age of 80, said a BFF press release here.

He left behind his wife, three daughters, two sons and a host of well- wishers to mourn his death.