BFF want to use Fatullah Stadium 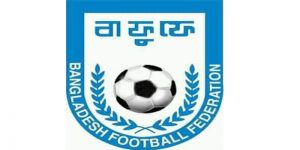 BFF general secretary Abu Nayeem Shohag through a video message today said the BFF boss phoned his BCB’s counterpart today afternoon with this issue of how to use the Fatullah stadium or it will be possible to use the stadium for three of four months in a year.

The BFF already facing venue crisis as some football events are already going on and there are still some events left in the coming days.

Shohag said as there are first division, second division and third division football leagues are left and during the discussion with Nazmul Hasan Papon the BFF boss approached to BCB’s boss whether these leagues can be organized there or not after fixing time with BCB.

The BFF general secretary said the BCB president would give their feedback to BFF with this issue after discussing with their forum of office later stage.

It can be mention that football stadium has become of big crisis for BFF. Apart from Bangabandhu National Stadium and Birshreshtha Shaheed Sepoy Mohammad Mostafa Kamal Stadium of Kamalapur, there is no stadium for football in the capital.