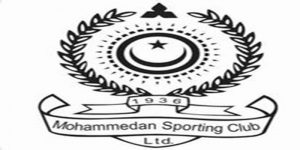 Dhaka football’s one of the most successful and famous clubs Mohammedan Sporting Club is going to get a new Executive Committee as its EC Election is to be held on the 27th of February.

The election will be held on the club premises in Motijhee, Dhaka.

After its establishment in 1936, the famous club presented the fans with eye-catching games, activities, performance on ground and achievements in different events along with loads of trophies.

However, for almost a decade, the famous black and white jerseys had been suffering from lack of expected performances in games or club activities. Due to incompetence and inactivities of its officials, the club lost its pride in nearly all the sectors.

Recently, the former athletes and some officials of the club came forward to restore the condition and they took initiative for a new management to guide the club. The upcoming election is part of that initiative.

This electoral process will be held under the supervision of famed lawyer MA Amin Uddin who was appointed the acting President of the club in 2018 by the court.