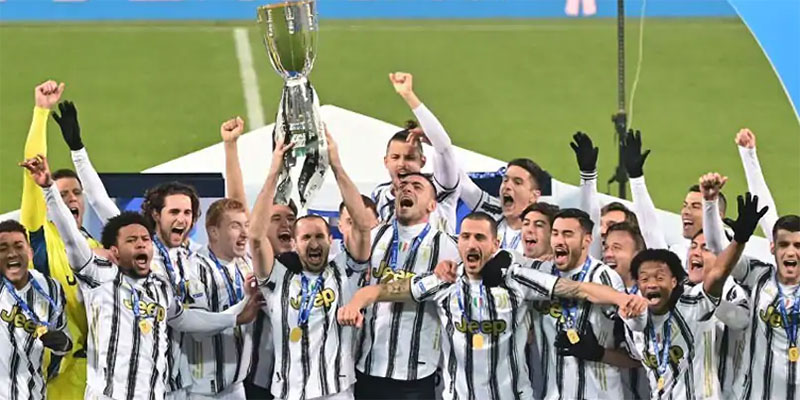 Andrea Pirlo won his first trophy as a coach on Wednesday as Juventus beat Napoli 2-0 in the Italian Super Cup.

Andrea Pirlo won his first trophy as a coach on Wednesday as Juventus beat Napoli 2-0 in the Italian Super Cup. Cristiano Ronaldo blasted in his 20th goal of the season following a corner on 64 minutes in Reggio Emilia, before Napoli captain Lorenzo Insigne missed a penalty and Alvaro Morata added a second deep into injury time.

Pirlo, 41, clinched his first silverware five months after taking over at his former club where he won four league titles. “Winning a first title (as a coach) is a great joy, different from that felt as a player, it’s even more beautiful,” said Pirlo, who lifted the trophy three times as a player with Juventus and AC Milan.

Juventus won the annual trophy, played between the league champions and Italian Cup holders, for the ninth time, having finished runners-up last year to Lazio.

“This trophy is very important because it can give us confidence for the rest of our season,” said Ronaldo.

“The Scudetto is possible, Milan and Inter are very strong, but there are still a lot of games to be played and we can still do it,” added Ronaldo.

It was the first meeting between Pirlo and Napoli coach Gennaro Gattuso, who won the 2006 World Cup together and spent a decade as AC Milan teammates, winning two Serie A titles and two Champions League crowns together.

They have not faced off this season after Napoli refused to travel to Turin for their October league match because of coronavirus cases — a fixture which has still to be played. 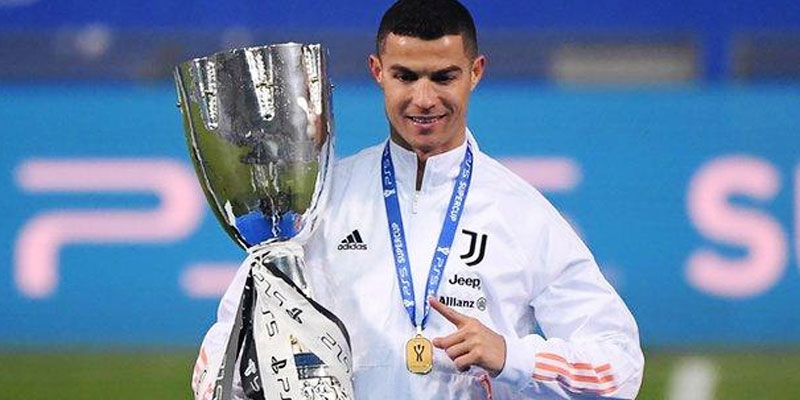 “I’m sorry for Gennaro Gattuso, but we wanted to react after the defeat against Inter Milan,” said Pirlo.

“We bet a lot on the pride of the players, we wanted to show that we were a team.”

Juventus received a boost hours before kick-off with Juan Cuadrado recovering from coronavirus and starting for the first time in two weeks.

Napoli had the best chance of the first half in the Mapei Stadium, with Juve keeper Wojciech Szczsesny demonstrating quick reflexes to save Hirving Lozano’s diving header just before the half-hour mark.

Federico Bernardeschi came off the bench after the break in place of Federico Chiesa and immediately had an impact.

Juventus piled on the pressure after an hour when Ronaldo was sent through on goal and defender Kostas Manolas almost deflected the ball into his own net.

But the five-time Ballon d’Or winner made the most of the resulting corner, with the ball bouncing off Tiemoue Bakayoko and into the path of the unmarked Portuguese forward to fire in his 20th goal of the season.

Napoli had a chance to equalise from the spot after Weston McKennie fouled Dries Mertens, but Insigne wasted the opportunity by dragging a woeful effort wide.

Szczsesny pulled off another late save before a last-gasp Morata goal sealed victory.

“We all lost together, not because of Lorenzo’s penalty. Let’s move on,” said Gattuso, 43, whose side beat Juventus in last season’s Italian Cup.

Listen to the latest songs, only on JioSaavn.com
“In the first half there was a bit of fear. I don’t remember Juve’s serious chances today.