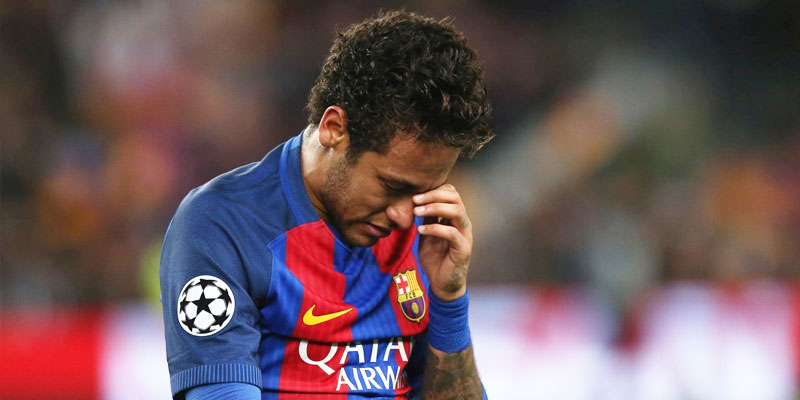 Neymar is regarded as one of the best players in the world, but he is a maligned figure due to his theatrics on the pitch and lifestyle away from the game.

The most expensive player in history after joining PSG from La Liga giants Barcelona for €222million in 2017, Neymar admitted criticism has had an impact on him.

“I will never lose the passion for football, but I have had moments that I did want to stop playing,” the 28-year-old told Gaffer Magazine. “Once, I reached a point of asking myself why I should keep playing if they do not like it. I used to go home hot-headed and then remembered everything I’ve done to get me here.

“The love I have for football and all those things just calmed me down and brought me back to reality. Because, I’m very lucky. Truly. I have achieved a lot of things in my career that made me and my family incredibly happy.

“Just debuting for Santos FC, winning the first title with Santos, winning the Libertadores Cup was super important as well. Joining Barcelona was a dream of mine since I was a kid, winning the Champions League, my arrival in Paris. These moments will always remain special to me.”

Neymar added: “I have never felt pressure. Quite the contrary, I am a person that can easily manage pressure; being the number 10 of Brazil’s national team, the number 10 at PSG and just being Neymar.

“I think I take it well but at the same time I know my commitment and I’m incredibly thankful to be representing teams such as PSG and Brazil. I know that when I play I have to do it differently, I have to give it 100 per cent because that’s what everyone expects.”

Neymar has scored three goals in eight Ligue 1 appearances for PSG this season, while he has netted 10 times across all competitions.

The Brazilian forward played the entire match as PSG moved top of the table with a 1-0 win at Angers on Saturday (January 16).