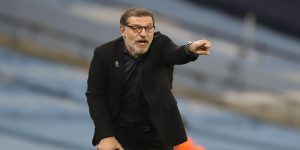 Slaven Bilic will lead Beijing FC into the 2021 AFC Champions League after the Chinese Super League side announced the appointment of the former Croatia international as their new head coach.

Bilic, who was most recently employed by English Premier League side West Bromwich Albion, replaces Bruno Genesio at the helm.

Under the Frenchman, Beijing finished in third place in the Chinese Super League before reaching the quarter-finals of the 2020 AFC Champions League, where they were eliminated by eventual winners Ulsan Hyundai FC.

Bilic will be working in China PR for the first time in a coaching career that has seen him qualify his native Croatia for the Finals of the 2008 and 2012 European championships before working in Russia with Lokomotiv Moscow and in Turkey at Besiktas.

He then spent just over two seasons in England with West Ham United, where he previously spent a season during his playing days, before a short spell with two-time AFC Champions League winners Al Ittihad in Saudi Arabia.

Bilic joined West Bromwich Albion in the second tier of English football in the summer of 2019 and led the club back into the Premier League at the end of his first season, only to be released by the club last month following a disappointing run of results.

Beijing will be one of four Chinese side featuring in this year’s AFC Champions League, where they will be joined by CSL champions Jiangsu Suning, runners-up Guangzhou Evergrande and Chinese FA Cup winners Shandong Luneng.