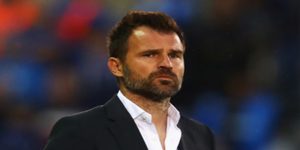 The club made the announcement on social media on Friday, with the former Belgian side Antwerp’s coach replacing Vitor Pereira at the SIPG helm.

Leko, 42, previously won the Belgian league title with Club Brugge in 2018 before joining Al Ain in the United Arab Emirates for a seven-month stint in 2019.

The 42-year-old had been head coach at Antwerp until the club announced his resignation on Wednesday.

Leko takes charge of an SIPG side that finished fourth in last year’s CSL, two years after winning the title for the first time in the club’s history under Pereira.