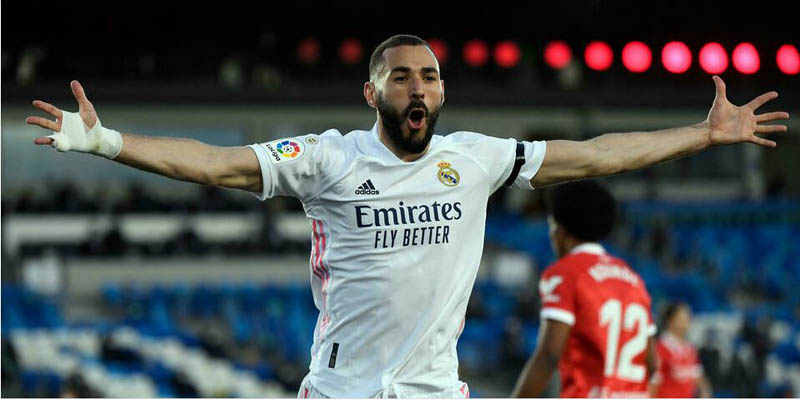 Real Madrid have announced that Karim Benzema has signed a new contract which will keep at the club until June 2023.

The French striker’s deal was set to expire in 2022, but he will stay in the Spanish capital for at least one more year.

The 33-year-old, who signed from Lyon at the age of 21 in 2009, will now be at Real Madrid until he is at least 35.
This new contact is more than deserved after three extremely impressive seasons for Benzema, in which he’s been Los Blancos’ main attacking option following the departure of Cristiano Ronaldo.

Much of his success in recent seasons has been down to his hard work on the training ground, which has seen him remain in peak condition as he enters the latter stages of his career.

Benzema arrived at the club for 36 million euros alongside Cristiano Ronaldo and Kaka, and in his 12 years at the Estadio Santiago Bernabeu he has scored 281 goals.

He is the club’s fifth top all-time goal scorer, and with another two years left at the club he needs just 27 goals to surpass Santillana (290 goals) and Alfredo Di Stefano (308 goals) in the rankings.

Benzema is now starting his 13th season at Real Madrid, having played 560 matches for the club in all competitions to this point.