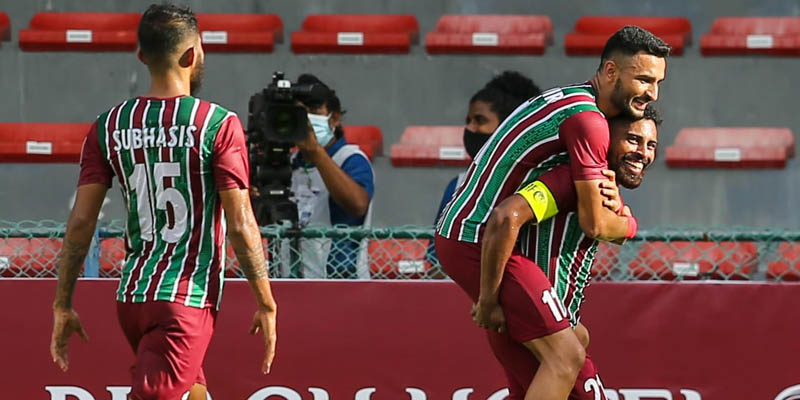 ATK Mohun Bagan FC kicked off their 2021 AFC Cup Group D campaign with a 2-0 win over fellow Indian side JSW Bengaluru FC at the National Football Stadium in Male on Wednesday.

The win gives ATK Mohun Bagan an early advantage in the race to win the ticket to the Inter-Zone semi-final while Bengaluru will have to bounce back quickly if they are to keep their hopes alive.

The opening seconds were frantic with both sides going in search of an early lead with ATK Mohun Bagan’s Deepak Tangri having the first glimpse at goal but his header went just wide in the second minute.

Jayesh Rane responded for Bengaluru two minutes later but his right footed shot from outside the box was just wide of the left post.

Both sides continued to press but it was ATK Mohun Bagan who took the lead in the 39th minute as Hugo Boumous whipped an outswinging cross from the corner for Subhashish Bose who rose highest to head it goalwards, his header was then nodded on by Roy Krishna from close range for the first goal of the night. 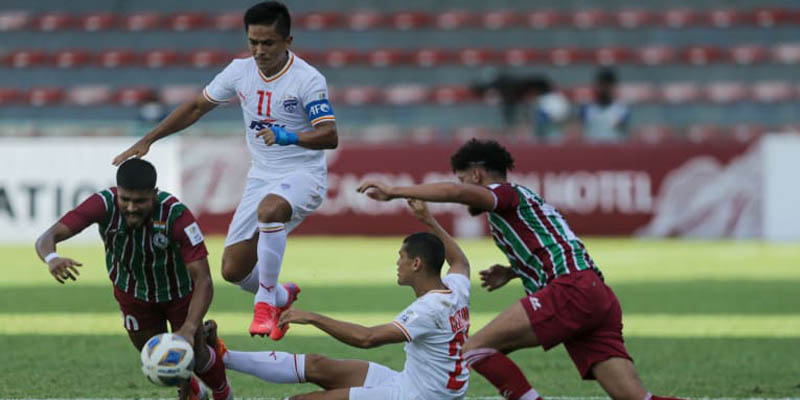 Bengaluru tried to force an equaliser but ATK Mohun Bagan held on to their advantage going into the break.

ATK Mohun Bagan enjoyed a dream start when play resumed with David Williams collected Boumous’ pass from the set piece out on the left flank and sending a low cross for Bose who sent a left footed shot from the centre of the box to the bottom right corner to double his side’s lead.

Bengaluru, who advanced to the group stage after seeing off Club Eagles of Maldives in the playoff on Sunday, tried to find a way back but it was to no avail as ATK Mohun Bagan took the points.