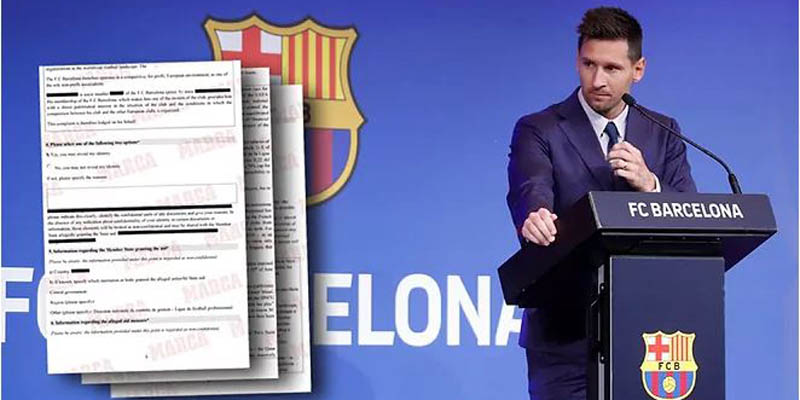 Lionel Messi’s future might not be as clear as it seems to be. A complaint has been filed with the European Commission in an attempt to prevent Paris Saint-Germain from signing the Argentine.

The complaint, which MARCA have gained exclusive access to, is based on financial facts, and claims that Financial Fair Play should rule PSG out of the running for Messi’s signature.

“PSG’s ratio with regards to Financial Fair Play is worse than Barcelona’s,” the statement sent to the Court of Appeals by Dr. Juan Branco on behalf of Barcelona’s members.

Those behind the complaint, which has been sent and is now pending, hope to block Messi’s move to PSG, claiming that competition has been distorted by the French club’s spending.

It states that Joan Laporta’s reason for not being able to renew Messi’s contract was that, even with the player taking a 50 salary reduction, Barcelona’s salary would have been 110 percent of the cap imposed by the European body and by LaLiga.