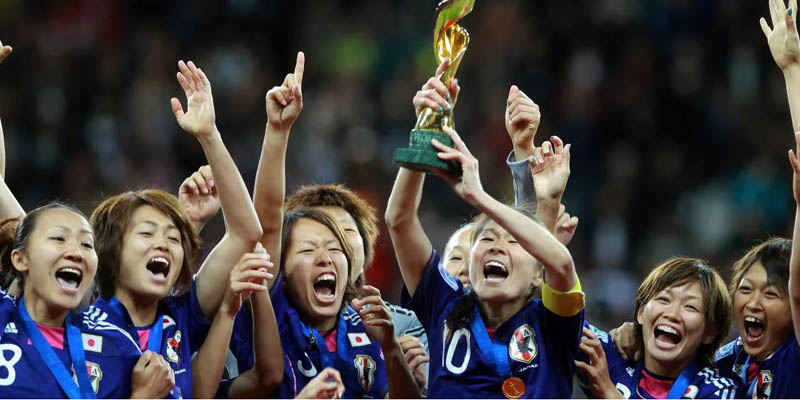 Members of Japan’s 2011 women’s football team who famously won the FIFA Women’s World Cup will get the Olympic Torch Relay underway on 25 March following a Grand Start ceremony in Fukushima. The moment will mark an emotional chapter in the history of the nation as the event kick-starts a symbolic 121-day tour around the country before the start of the hotly anticipated Tokyo 2020 Olympic Games on 23 July 2021.
The team was led by captain and 2011 World Cup best-player SAWA Homare; that year’s FIFA Women’s World Player of the Year who finished the 2011 World Cup as tournament top-scorer with five goals in the space of six games. She also helped the Japanese keep their nerve in the final against a USA side who were hunting their third world crown and boasted global superstars like Carli Lloyd, Abby Wambach, Hope Solo and Megan Rapinoe.

Sawa scored the all-important equaliser (2-2) in the dying minutes of extra time. In the shootout, Japanese goalkeeper KAIHORI Ayumi became an Asian football hero for the ages with a pair of saves from Shannon Boxx and Tobin Heath – denying the fancied Americans another world title and sparking off massive celebrations back in Japan.