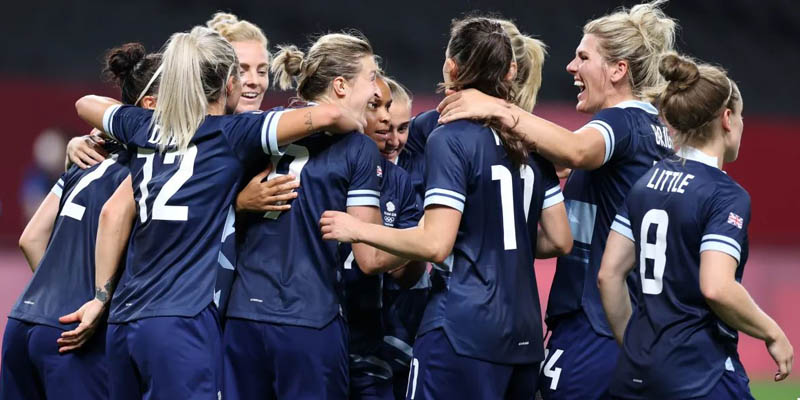 Great Britain got off to the perfect start in Group E as they beat Chile 2-0 in the first game of the Tokyo 2020 women’s football tournament. The Lionesses began brightly, with Ellen White having a goal ruled out for offside after a Georgia Stanway shot from outside the area fell kindly to her in the box.

However, the 32-year-old Manchester City player was not to be denied her moment of glory, as a Lauren Hemp cross was headed back across goal for White to bundle home in the 18th minute.

Chile, making their debut at this year’s Games, were largely pinned back in their own half in the first period, with Britain registering 12 shots to Chile’s two. However, the tight scoreline gave the South American team a glimmer of hope as they headed into the second 45 minutes.

The second half continued in the same manner as the first, with White again squandering a gilt-edged chance when she shot wide under pressure from a Chilean defender in the 55th minute. However, White only had to wait until the 73rd minute to double her tally, as a Lucy Bronze cross found her free in the middle of the penalty area and she made no mistake in firing the ball past Chile’s goalkeeper Christiane Endler to make it 2-0.

White, who was the joint top scorer in the 2019 World Cup along with six goals with US superstars Megan Rapinoe and Alex Morgan, looks in ominous form as she spearheads a Great Britain attack hoping to improve upon the quarter-final appearance they made at London 2012 – the last time a British football team competed at an Olympics.

They continue their campaign on 24 July when they play Olympics hosts Japan before their final group game against Canada on 27 July.

Chile fought bravely throughout the match and will need to regroup before their next fixture against Canada – bronze medallists at the last two Olympics – on 24 July. Their final group game will be against Japan on 27 July at Miyagi Stadium.