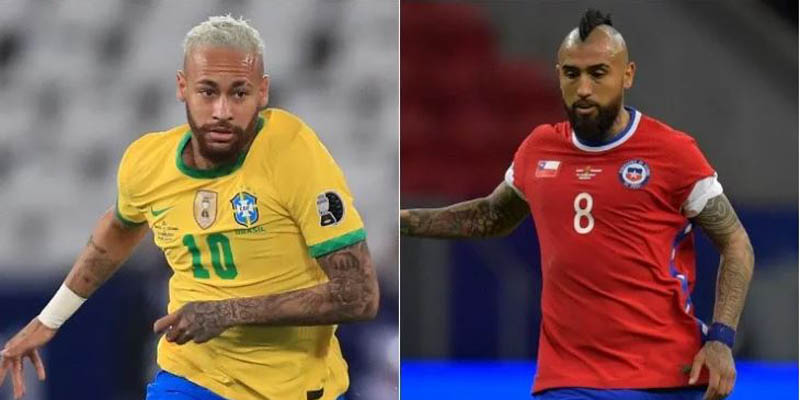 Brazil and Chile will face off this Friday for the Copa America 2021 quarter-finals in Rio de Janeiro. Here, check out the probable lineups for this thrilling match.

The hosts have been pretty solid all the tournament so far, with three wins and a draw. Chile, on the other hand, reached this stage with one victory, two draws and a defeat.

Tite’s boys are determined to go all the way in this Copa America, as they did last time around. So far, only Ecuador was capable of scratching a point from La Canarinha with a 1-1 draw in the last match of the group stage. Before, the hosts won easily over Venezuela, Peru and Colombia

Definitely, Friday’s match won’t be an easy task for La Roja. So far, Martin Lasarte’s boys have only one victory over Bolivia, and it was a tough one (1-0). They managed to draw against Argentina and Uruguay, and they lost with Paraguay. Now, they have to give it all against the tournament favorites.

Brazil’s quality is undeniable. Tite alternate names in the group stage in all matches, so almost every player in Brazil is rested and ready to play. However, three names are in doubt for the game: Eder Militao, Leo Ortiz and Renan Lodi. Neither of them trained with the team.

Chile knows that this Friday’s match it’s going to be a challenge. Martin Lasarte doesn’t have defender Guillermo Maripán, who suffered an injury and won’t be playing anymore in the tournament. Erick Pulgar and Gary Medel are still in doubt for this game.