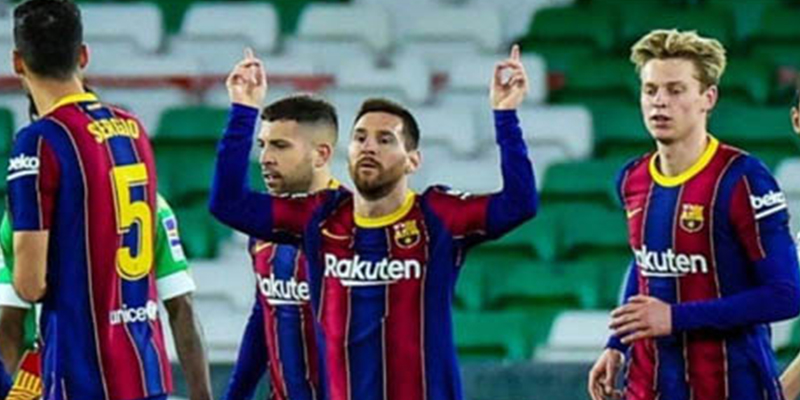 Barcelona are reportedly on the brink of confirming a new two-year contract for Lionel Messi.
The 34-year-old’s existing deal is due to expire later this week, throwing up a scenario where the Argentine could walk away from Camp Nou.

However, the return of president Joan Laporta has coincided with a change of heart from Messi, who requested a transfer away from the Catalan giants during 2020.
According to Italian journalist Fabrizio Romano, the legendary forward has agreed to remain with the La Liga outfit until the end of the 2022-23 campaign.

While the development represents a huge plus for those behind the scenes, club officials must now find a way to move inside La Liga’s wage restrictions over the coming weeks.

Barcelona will allegedly look to part ways with a number of their big earners having already made a number of high-profile additions.