Eriksen spoke to teammates and is ‘stable’ in hospital 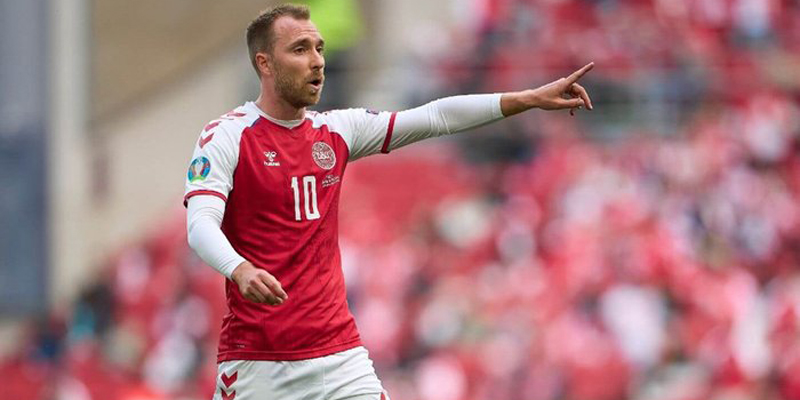 Christian Eriksen has spoken to his teammates this morning and is in a “stable” condition, the Danish Football Association has said.

Eriksen, 29, was taken to hospital on Saturday after collapsing during Denmark’s European Championship match against Finland.

A statement released by the Danish FA on Sunday read: “This morning we have spoken to Christian Eriksen, who has sent his greetings to his teammates. His condition is stable, and he continues to be hospitalized for further examination.

“The team and staff of the national team has received crisis assistance and will continue to be there for each other after yesterday’s incident.

“We would like to thank everyone for the heartfelt greeting to Christian Eriksen from fans, players, the Royal Families from both Denmark and England, international associations, clubs etc.

“We encourage everyone to send their greetings to the Danish FA, where we will make sure they are all passed on to Christian and his family.”

Denmark’s training and press conference for Sunday have also been postponed.

On Saturday, the Group B fixture in Copenhagen was suspended for over ninety minutes after Eriksen fell to the ground and received CPR from medical personnel.

Finland won the match 1-0 after it eventually restarted.

Eriksen fell to the ground near the sideline late in the first half. English referee Anthony Taylor signalled to the bench and Eriksen underwent prolonged treatment.

His teammates formed a wall around him to give him privacy as the medics treated him. Finland’s players then left the pitch as the match was suspended, with the score goalless.

Eriksen was eventually carried off to a loud ovation.

A tweet from UEFA on Saturday confirmed the Group B match had been suspended due to a “medical emergency”.

“The player has been transferred to the hospital and has been stabilised.”

The Danish FA later tweeted: “Christian Eriksen is awake and his condition remains stable. He remains hospitalized at Rigshospitalet for further examinations.”

It was later announced that the match would continue. Saturday’s other Group B fixture, between Belgium and Russia, took place as scheduled.

Belgium striker Romelu Lukaku paid tribute to his Inter team-mate during the game, saying to the TV cameras after scoring: “Chris, I love you.”

Denmark boss Kasper Hjulmand was in tears at the post-match press conference. “It was a really tough evening, one on which we’ve all been reminded what the most important things in life are. It’s meaningful relationships. It’s those people who are close to us. It’s family and friends,” he said.

“All thoughts are with Christian and his family. Christian is one of the best footballers, but he is an even better person.

“It was clear he was unconscious,” he said.“When I got to him he was on his side, he was breathing, I could feel a pulse, but suddenly that changed and we started to give him CPR.

“The help came really fast from the medical team and the rest of the staff with their co-operation, and we did what we had to do and managed to get Christian back. He spoke to me before he was taken to hospital.”

Uefa president Aleksander Ceferin said: “Moments like this put everything in life into perspective. I wish Christian a full and speedy recovery and pray his family has strength and faith…

“At these times, the unity of the football family is so strong and he and his family carry with them the good wishes and prayers of everyone. I heard of fans of both teams chanting his name. Football is beautiful and Christian plays it beautifully.”

Eriksen’s club, Inter Milan, tweeted: “Forza Chris, all of our thoughts are with you.”

His former team Tottenham Hotspur, where he played between 2013 and 2020, said on Twitter: “Get well soon, Christian. The whole Spurs family is with you.”

The match in Copenhagen was settled by a Joel Pohjanpalo header after it eventually resumed, as Finland won their first game at a major finals.