Sergio Aguero has completed his move to Barcelona 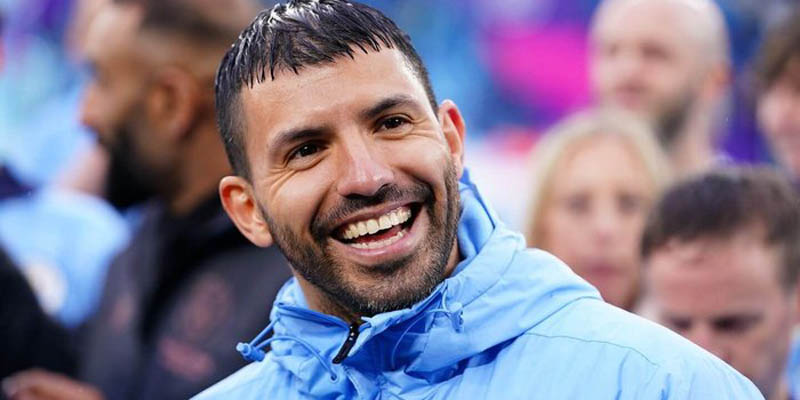 Sergio Aguero has completed a move to Barcelona after his exit from Manchester City, the Spanish club have announced.

Aguero, 32, left Manchester City following the expiry of his contract at the end of the season and has joined Ronald Koeman’s side on a deal until the end of the 2022-23 season. The Argentine striker will be presented at the Nou Camp with club president Joan Laporta on Monday evening and will officially join on July 1.

He will have a release clause of €100 million. Aguero made his final appearance for City as a substitute during their 1-0 Champions League final loss against Chelsea on Saturday in Porto. He will now travel to Argentina to join his national side for their World Cup qualifiers against Chile and Colombia.

Why have Barcelona gone for Aguero?

Following the departure of Luis Suarez last summer, Barcelona lost a focal point for their attacks and a vital source of goals.

The club will hope that a player of Aguero’s calibre and experience can help fill the void left up front without Suarez by adding another veteran striker. Barcelona’s difficult financial situation also made the opportunity to sign Aguero on a free transfer an attractive option.

Despite becoming a peripheral figure at City this season, Aguero remains an exceptionally talented player. At 32 years old, the club will hope the Argentina international can provide guidance to Barcelona’s emerging forwards, such as Trincao and Ansu Fati, while also utilising his chemistry with international teammate and close friend Lionel Messi.

Thus, the acquisition of Aguero can only aid the club in their most important transfer activity this summer — ensuring Messi remains at the Nou Camp.

What did Aguero achieve at Manchester City?

Aguero joined City from Atletico Madrid in 2011 and, having struck 260 goals in 390 appearances, has been a pivotal figure in the club’s success over the last decade.

As City’s all-time leading goalscorer, the one he will undoubtedly be remembered most for is the all-important last-minute winner against Queens Park Rangers to secure City’s first Premier League title in the 2011-12 season.

After 10 years at City he has five Premier League titles, one FA Cup, six League Cup triumphs and a Champions League runners-up medal.

During his time in England, Aguero also established himself as one of the most clinical marksmen to have graced the Premier League. The Argentine has the best minutes-to-goals ratio in the league’s history, is the top overseas goalscorer and fourth in the Premier League’s all-time scorers list.

A truly exceptional centre forward, when City announced Aguero’s departure in March they also confirmed that a statue of the forward had been commissioned to commemorate his contribute to the club. It will stand alongside those currently in work to honour David Silva and Vincent Kompany.