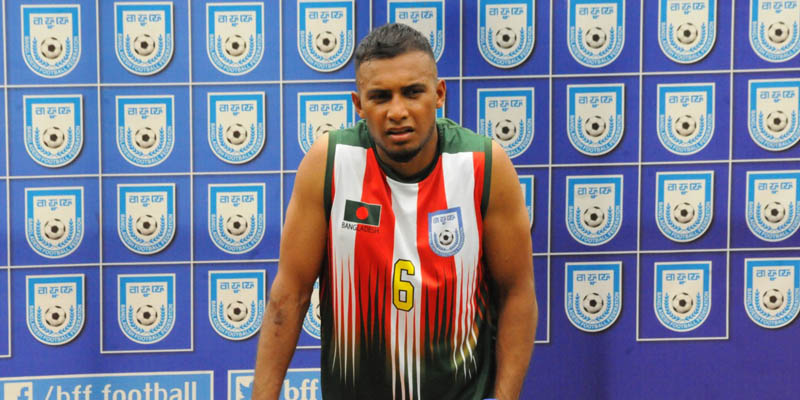 Jamal Bhuyan expressed his disappointment as Bangladesh football team couldn’t travel to Saudi Arabia in order to play a couple of practice games ahead of their 2022 World Cup and 2023 Asian Cup joint qualifiers in Qatar next month.

The Bengal Tigers were due to fly off to Jeddah on May 24th however, since they couldn’t procure an exemption from quarantine from the Saudi government, the plan was shelved.

However, this would certainly hurt Bangladesh’s preparations as they wouldn’t have ideal preparation ahead of the crucial qualifiers.

“Is it the footballers’ fault? It is not our fault. It is the organisers’ responsibility. We are not organising. So, do not ask us about it. It is BFF’s (Bangladesh Football Federation) duty. They are trying, but not getting what they want,” said Jamal, who plied his trade for Mohammedan Sporting in the last edition of the I-League.

Afghanistan are to play two international friendlies in the build-up to the 2022 World Cup qualifiers while India are in Doha and could possibly play Philippines later this week in a practice match.

“Of course, it is (our) loss. Afghanistan (are in UAE) and India have already started their preparations in Qatar and we are still in Bangladesh. We must play practice matches only then we will find out our problems,” stated Jamal.

Bangladesh would now depart for Doha on May 30th and enter the bio-secure bubble. However, they would now play competitive matches without having played a single practice match. Although it must be noted that the Bangladesh League was in action until May 11th which means that their players have had competitive action at their respective clubs.

“We need some practice matches. Two years ago, we played against Bhutan and Qatar before playing against India. We played well in those matches. Now, we have some new players in the team, we have some new tactics, we can practically work on them,” said the 31-year-old skipper.