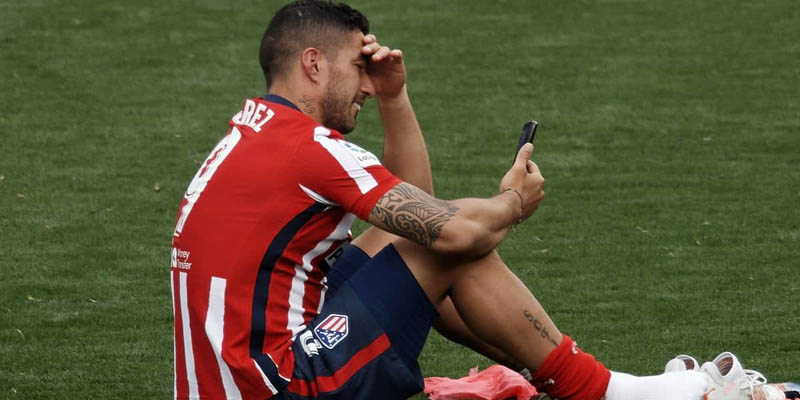 An emotional Luis Suarez took a swipe at former club Barcelona for ‘underestimating’ and ‘undervaluing’ him after leading Atletico Madrid to a first LaLiga title success in seven years.

Suarez scored the winning goal in Atletico’s 2-1 victory over Real Valladolid on Saturday to edge out bitter rivals Real Madrid in a pulsating finale to the Spanish top-flight season. Valladolid had taken an early lead but goals from Angel Correa and Suarez saw Diego Simeone’s men maintain their two-point advantage at the summit.

Zinedine Zidane’s Real Madrid also came from behind to beat Villarreal. However, they needed their city rivals to drop points to retain their title and that did not happen. Barcelona finished in third, seven points adrift of the title winners.

Suarez certainly answered his critics as he notched 21 goals and added three assists in his debut season for the club.

The 34-year-old arrived in Madrid last summer after Barca decided he was too old and parted company.

And the former Liverpool man couldn’t resist having a pop at the Catalan giants in an emotional interview.

“What I experienced was difficult. Barcelona didn’t value me, they underestimated me and Atletico opened the doors for me,” the Uruguay star told LaLiga TV (as cited by Metro) after the final whistle.