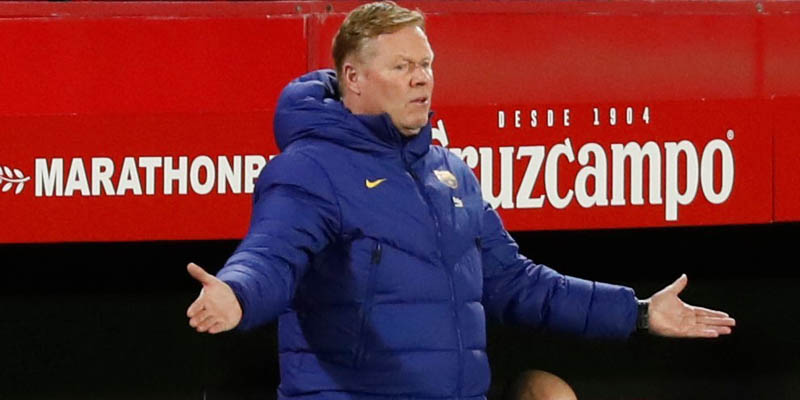 Barcelona president Joan Laporta is ’99 per cent certain’ to sack Ronald Koeman, according to reports. The Dutchman has overseen a turbulent campaign over at the Nou Camp. And he’s now primed to lose his job after failing to guide his side to La Liga title glory.

But that didn’t happen, with the Catalan giants slipping to a disappointing 2-1 defeat over at the Nou Camp.

Barcelona were in the fight for the title mere weeks ago but, after taking just five points from their last five matches, they’ve crumbled under pressure.

And RAC1 claim Laporta is now ready to bring the axe crashing down on Koeman as a result.

It’s claimed that, to this point, he’s been reluctant to interfere in matters within the Nou Camp dressing room.