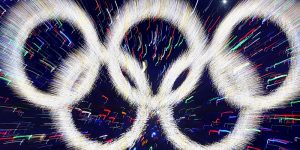 The countdown to Tokyo 2020 is on. On 21 April at 10:00 CET, FIFA will host the Olympic Football Tournament draws in Zurich, Switzerland.

Fans around the world and the team delegations will have the opportunity to follow the draws from their homes here on FIFA.com, on the FIFA YouTube channel, Twitter (@FIFA.com), Facebook, Weibo and WeChat (FIFAOfficial).

The live-streamed show will be hosted by the British TV presenter and journalist, Samantha Johnson, current sports anchor and correspondent for TRT World, based in Istanbul. She will be joined by Jaime Yarza, FIFA Director of Tournaments, and Sarai Bareman, FIFA Chief Women’s Football Officer, who will conduct the men’s and women’s draws respectively.

Jaime Yarza and Sarai Bareman will be assisted by two FIFA Legends: Lindsay Tarpley, member of the USA women’s national team and two-time Olympic gold medallist (Athens 2004 and Beijing 2008), and Ryan Nelsen, captain of the New Zealand Olympic squad in 2008 and London 2012.