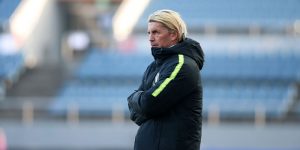 The training camp, which will be held at the National Football Center in Paju, will mark Korea Republic’s final preparation before the play-off series against China PR.

Korea Republic will host the first leg at the Goyang Stadium on April 8, before travelling to Suzhou, China PR five days later for the second leg.

Coach Bell has also listed three England-based for the camp, Ji So-yun, Cho So-hyun and Lee Geum-min, with the Korea Football Association finalising the details of their release.

Out of the 28 players named, Bell will need to whittle down his squad to 20, as the Taeguk Ladies vie for their place in the Olympics for the first time.

Korea’s most recent victory over China came in August 2015, with China winning the next four matches. Their most recent meeting, in December 2019, ended in a goalless draw.