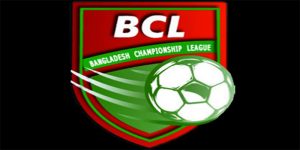 Both The teams created several scoring chances during the proceeding, but failed to convert any of those into a goal lack of proper finishing.

At one stage, it was seemed that match was going to end a tame goalless draw but it was Masum who finally broke the deadlock scoring the all-important goal for NoFeL SC one minute before the final whistle.

A total twelve renowned clubs are taking part in the league.