Majidi back to lead Esteghlal 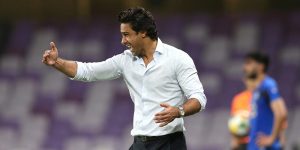 This marks Majidi’s third time at the helm, having first led the club in 2019 as caretaker head coach, before returning in early 2020, where he would lead Esteghlal to the Hazfi Cup final and a second place finish in the 2020 Iran Pro League.

Majidi, a former player with Esteghlal, Al Nasr and Al Gharafa, takes charge of an Esteghlal side who are third in the local league standings on 27 points, as well as the Blues’ 2021 AFC Champions League campaign, where they are in Group C with Al Duhail SC, Al Ahli Saudi FC and Al Shorta for company.

Majidi has chosen Pirouz Ghorbani, a former Esteghlal defender, as his assistant in their search for their first domestic title since 2013.