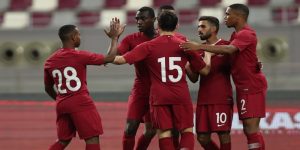 Qatar and Australia both confirmed their men’s national teams will not participate in this year’s CONMEBOL Copa America on Tuesday.

Defending AFC Asian Cup champions Qatar and 2015 winners Australia had both been invited to compete in an expanded 12-team competition in 2020, but a year-long delay due to the COVID-19 pandemic, coupled with recently rescheduled Asian Qualifiers fixtures have forced both nations to withdraw.

Both the Qatar Football Association (QFA) and Football Australia confirmed they will not compete in the tournament, to be held in Argentina and Colombia in June and July, in official statements.

Upon announcing his team’s withdrawal, Football Australia Chief Executive Officer James Johnson expressed his regret, as well as a desire for Australia to appear at the tournament in the future.

“To have participated in such a prestigious competition and to experience the unique South American football culture would have been a thrill for Australian players, staff and fans alike.

“We wish CONMEBOL every success in the delivery for the Copa America and remain hopeful for an opportunity to participate in future editions of the competition,” he said.

Meanwhile, the QFA, who are also set to participate in this year’s CONCACAF Gold Cup, confirmed the fixture backlog caused by the pandemic had made participating in the South American even impossible, saying: “This decision not to play Copa America has been made after the AFC decided to postpone the joint qualifiers’ dates for the AFC Asian Cup 2023 and FIFA 2022 World Cup,”

Both Australia and Qatar have multiple fixtures remaining in their respective Asian Qualifiers campaigns. Australia are on the verge of sealing a place in the final round of FIFA World Cup Qatar 2022 Qualifiers, while World Cup hosts Qatar are aiming to secure their place at the AFC Asian Cup China 2023.