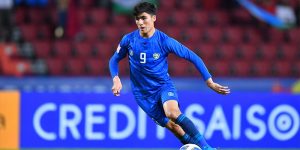 In announcing the deal, the club said Yakhshiboev has signed a two-and-a-half-year contract, with the option to extend further.

The 23-year-old arrives at the 14-time league title-winners from FC Pakhtakor, although his most recent was played in a loan spell at Shakhtyor Soligorsk, where he won the 2020 Belarusian Premier League.

A revelation in his first season in Europe, Yakhshiboev scored 19 goals in all competitions, 10 of which came in an earlier loan stint at Energetik-BGU Minsk.

“Last year I played as a striker in Belarus. I feel very comfortable in the role. I prefer an attacking approach to football,” Yakhshiboev was quoted as saying by Legia’s official website.

“I learned a lot about Legia through YouTube. I know (the club) has played in the UEFA Champions League, there are great fans and a great atmosphere.”

Comfortable as a striker or a winger, Yakhshiboev won the AFC U23 Championship with Uzbekistan in 2018 and has since gone on to represent the senior national team three times.

The Warsaw club are regular participants in UEFA club competitions, with their most recent UEFA Champions League group stage coming in 2016-17, when they were drawn alongside Real Madrid, Borussia Dortmund and Sporting Clube de Portugal.