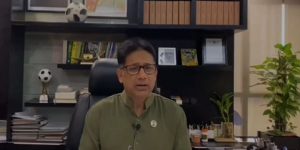 Bangladesh Championship League (BCL) is set to begin on the seventh of February in Dhaka. The matches will be played at Birshreshtha Shaheed Sepoy Mustafa Kamal Stadium, Kamalapur.

A total of 12 teams will be playing the second-tier football league. It was decided in a virtual meeting of the Professional League Management Committee (PLMC) of Bangladesh Football Federation (BFF) on Saturday. The committee chaired by BFF senior vice president Abdus Salam Murshedy also decided that the booters will have to go through COVID-19 screening before taking part in the event.

The champion and runner-up teams of BCL usually get promoted to the top league Bangladesh Premier League (BPL) and eventually called the gate way to the top-tier league. The wannabe top teams try to give their best here to pave their way to BPL.