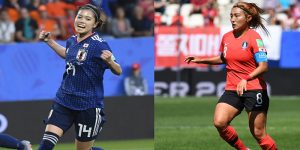 Japan women’s national team star Yui Haseagwa will wear one of the most famous shirts in world football after signing with Italian club AC Milan.

Confirmed by the club on social media on Friday, the move sees Hasegawa join the Rossonere, who are currently second in the women’s Serie A table, on her 24th birthday.

The talented midfielder arrives from Japanese powerhouse Nippon TV Beleza, with contract and transfer details yet to be revealed by either club.

After bursting onto the internal scene as a 15-year-old at the 2012 FIFA U-17 Women’s World Cup, Hasegawa helped Japan become world champions at that age group two years later, winning the silver medal as the second best player in the tournament.

She made her full senior international debut in 2017 and has since won the AFC Women’s Asian Cup and an Asian Games gold medal and appeared at the 2019 FIFA Women’s World Cup, scoring in the Round of 16 against the Netherlands.

At club level, Hasegawa has been a standout player for Nippon TV Beleza, who won five successive Nadeshiko League titles between 2015 and 2019, as well as the 2019 AFC Women’s Club Championship.

The defensive midfielder makes the switch two years after arriving at West Ham, having appeared 33 times and converted the all-important penalty kick which sent the club to their first ever Women’s FA Cup Final in 2019.

Tottenham also revealed they will have the option to strike a permanent deal for Cho, who is Korea Republic’s most experienced player, boasting a record 126 caps and appearances at two FIFA Women’s World Cups and three AFC Women’s Asian Cups.